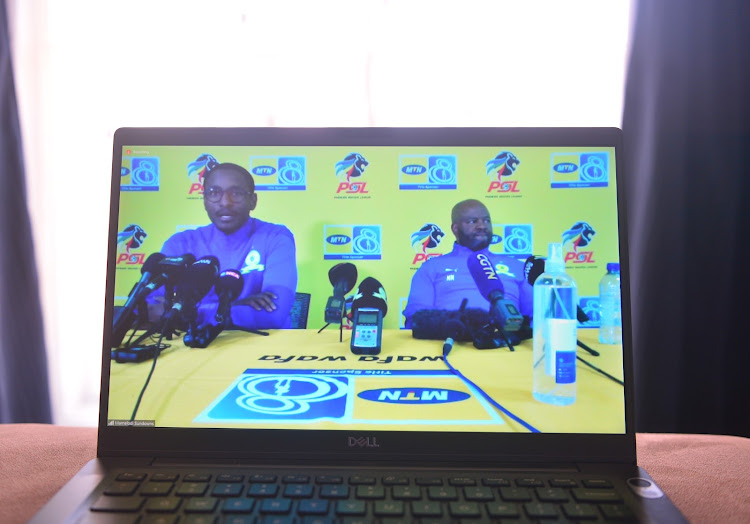 More players are expected to head for the exit door at Mamelodi Sundowns after co-coach Manqoba Mngqithi warned that they would continue to wield the axe in the coming days in a bid to reduce the squad to a more manageable size.

Modise and Lukhubeni have been loaned out to Maritzburg United and Tshakhuma Tsha Madzivhandila FC (TTM) respectively while Mohomi has joined SuperSport United.

Meza left for Maritzburg‚ Ngoma returned to Cape Town City‚ Oupa Manyisa left before the end of last season while Anele Ngcongca and Anthony Laffor are also edging closer to the exit door.

“Players will be released but at this stage we have to look at them very closely because we have a very big squad at the moment‚” said Mngqithi‚ who is co-coaching with Rulani Mokwena.

“We are trying to make sure that we have a sizeable squad that we can be able to work with without too many disturbances‚" Mngqithi continued.

"We are hopeful that in about one or two weeks‚ we will be able to have a team that we believe will remain with us and possibly other players will also get opportunities to go and play somewhere else.

"Definitely‚ we will not have the squad that we have now.”

Mngqithi also said they took a lot of positives from their MTN8 quarterfinal loss to Bloemfontein Celtic at the weekend‚ which was the club's first match since larger-than-life former coach Pitso Mosimane left for Egyptian powerhouses Al Ahly last month.

“On the positives‚ there was a lot of good work and we think that Haashim Domingo played very well as a number 10 for us.

"I think Peter Shalulile was a constant threat in the attack even though at times he lost possession cheaply‚ but he always looked to help the team to establish playing from the back.

“I believe we did what we had to do but unfortunately we did not get the results we wanted. But I believe we are building something very interesting here.

"I am looking forward to seeing it gel and giving it a little bit more time knowing very well that at Sundowns we have to win every match.”

The family of slain Orlando Pirates goalkeeper Senzo Meyiwa says they have not received any information from the police regarding the reported ...
News
9 months ago

And then there were three.
Sport
9 months ago

Josef Zinnbauer has said he would rather have a squad packed with quality‚ and then deal with the man-management issues and difficulty of finding the ...
Sport
9 months ago