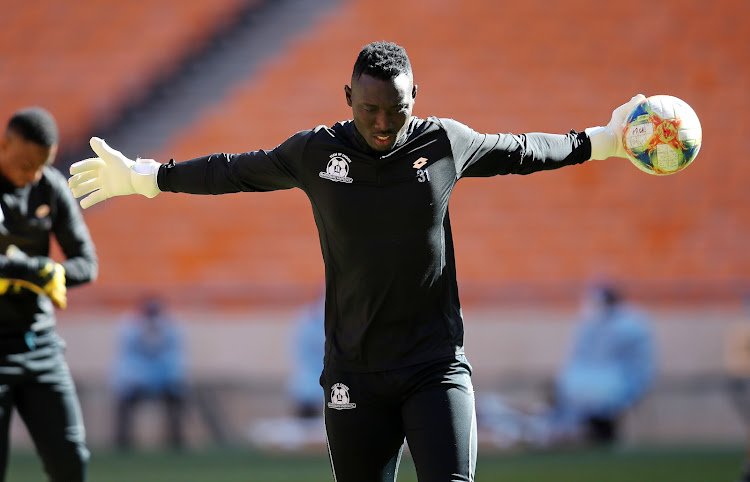 Highly-rated Ofori had signed an option to extend his contract in January for a year to the end of the 2020-21 season with Maritzburg‚ but Pirates have clearly come in with the right offer to pry the keeper from the KwaZulu-Natal team.

Pirates also said in their statement that left-back Tebogo Tlolane – who came on as a substitute in Bucs’ 1-0 MTN8 win against Cape Town City on Saturday – has extended his loan with Maritzburg for a year.

Please see attached as per request.

“After many months of speculation wherein Orlando Pirates were linked to a wide assortment of talented shot-stoppers‚ most notably Maritzburg United’s Richard Ofori‚ the club can finally confirm the signing of the Ghanaian international‚” Pirates’ statement read.

“The 26-year-old has signed with the Buccaneers after agreeing terms to a three-year deal.

“... Ofori joined Maritzburg United in 2018 and went on to record 64 appearances in all competitions including nine for the Ghanaian national team.

“Meanwhile‚ Orlandopiratesfc.com can confirm that Tebogo Tlolane will move to Maritzburg United for a season-long loan.”

Ofori was quoted as saying: “I am very happy to be here. It is a dream for me to be a part of this exciting squad and to work with the technical team.

“I also look forward to meeting my new teammates and being part of this exciting new project.”

Ofori will compete for Pirates’ position between the posts with incumbent Wayne Sandilands.

Josef Zinnbauer has said he would rather have a squad packed with quality‚ and then deal with the man-management issues and difficulty of finding the ...
Sport
1 year ago

More players are expected to head for the exit door at Mamelodi Sundowns after co-coach Manqoba Mngqithi warned that they would continue to wield the ...
Sport
1 year ago