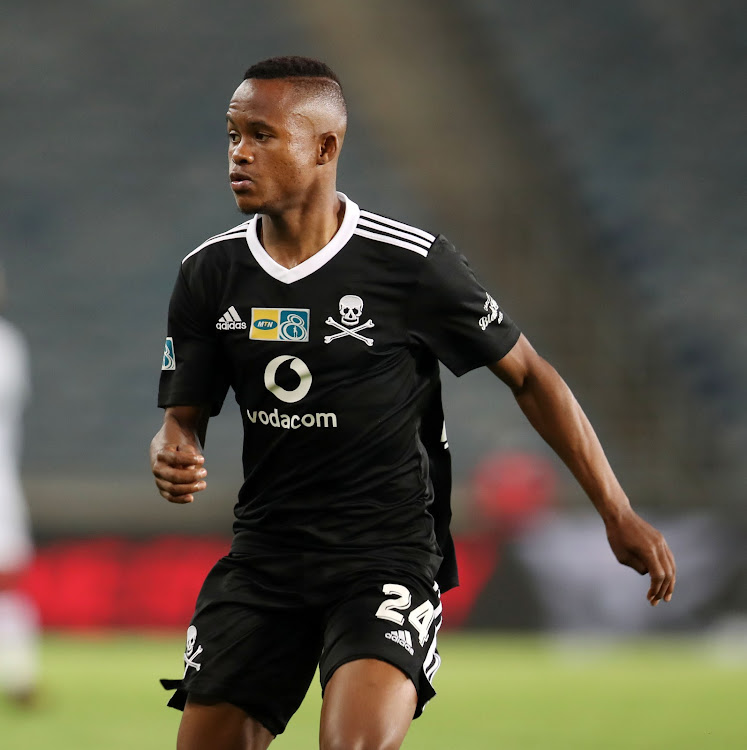 Maritzburg United coach Eric Tinkler has admitted he is mystified at why left-back Tebogo Tlolane turned out for Orlando Pirates on the weekend instead of returning on a loan extension to the KwaZulu-Natal club.

Tinkler had said last week that Tlolane‚ who spent the second half of the 2019-20 season on loan from Pirates at Maritzburg‚ was on his way back to United.

On Saturday night‚ however‚ Tlolane came on as a 66th-minute substitute for Pirates’ new signing Deon Hotto in Bucs’ season-opening 1-0 MTN8 quarterfinal win against Cape Town City at Orlando Stadium.

Tinkler was asked‚ with regular left-backs Mxolisi Kunene and Daniel Morgan – who left the field in Maritzburg’s 2-1 defeat to Kaizer Chiefs on Sunday – out injured now‚ if he could explain why Tlolane had not returned to United.

“It’s difficult – I can’t really explain. I was originally told that he would be joining us and he didn’t. That’s all I can say‚” Tinkler said

The absence of Tlolane meant 21-year-old Malebogo Modise‚ who arrived at United on Saturday on loan from Mamelodi Sundowns – had to be thrown straight into the fray against Chiefs at FNB Stadium on Sunday when New Zealander Morgan limped off in the 51st.

“Modise‚ shame‚ I felt for the boy – he had to come on for Dan Morgan. He only arrived on Saturday so he hadn’t actually had a training session‚” Tinkler said.

“So his introduction for the team was to come on and play the last 35 minutes. And I thought he did quite well.

“I think he’s a talented player‚ and he’ll go far‚ and he’ll only get better here with us.

“In terms of [Jose] Ali Meza‚ the only reason why Ali wasn’t in the match-day squad was we’re still waiting on his work permit.”

Venezuelan forward Meza has joined Maritzburg on a two-year deal having been released by Sundowns.

Modise has been loaned to the Team of Choice along with right-back Nicholus Lukhubeni.

Tlolane played 11 games for United in 2019-20 joining on loan from Pirates from January.