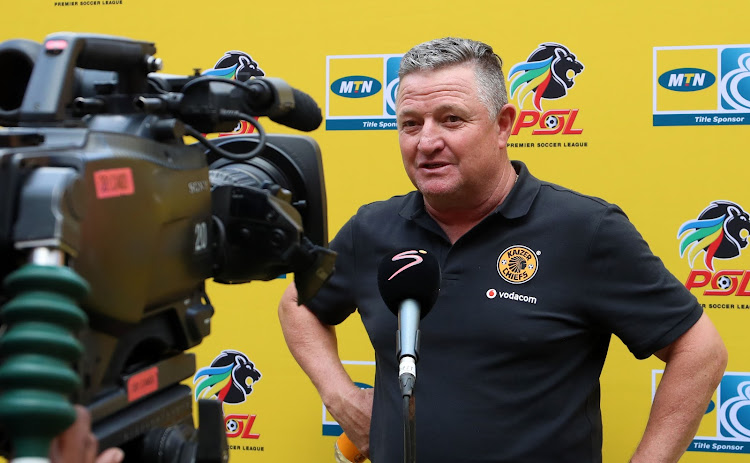 Kaizer Chiefs coach Gavin Hunt will be looking for back to back wins when Amakhosi host chamipions Mamelodi Sundowns, who are licking their wounds after crashing out of the MTN8.
Image: Muzi Ntombela/BackpagePix

Kaizer Chiefs coach Gavin Hunt says‚ if anything‚ the arrival of Steve Komphela to make for a coaching trio at Mamelodi Sundowns with Manqoba Mngqithi and Rulani Mokwena has strengthened the Brazilians.

In respect to the opposition club who Chiefs open their 2020-21 DStv Premiership season against Sundowns at FNB Stadium on Saturday‚ Hunt did not want to be overly drawn on Downs’ coaching structure‚ and speculation that there may be too many cooks in charge of the Pretoria club.

Hunt said a 1-0 MTN8 quarterfinal defeat to Bloemfontein Celtic by Sundowns at Lucas Moripe Stadium revealed very little of the type of form the Brazilians will find at the start of the new campaign.

“I think it’s way too early. I mean anybody who understands football could see they should have won the game comfortably on Sunday‚” Hunt said.

“They’ve got a helluva squad of players. They’ve retained everybody and added.

"So we are under no illusions that it’s going to be a very tough game for us‚ and we’ll take it as it comes on Saturday.” 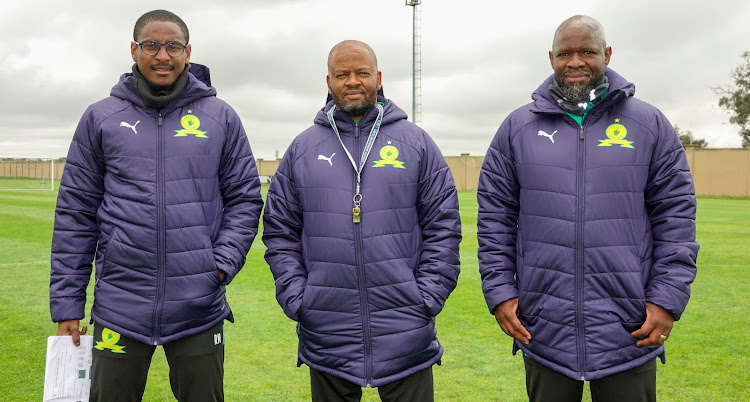 Hunt did not want to be drawn on his view of Sundowns’ coaching structure to replace Pitso Mosimane – who joined Egyptian giants Al Ahly this month.

“It’s obviously our players versus their players. Yes‚ we are the technical part of the team but if anything I think they’ve maybe strengthened their technical department.

“But it’s not for me to comment on how they do things.

"Certainly they’ve got continuity there with coaches who’ve been there before. And now they’ve strengthened it even more.

“You can’t judge people on one game‚ which like I said they should have won comfortably. But we’ll see how the season pans out. That’s pretty much my take on it.”

Chiefs started with a 2-1 MTN8 win against Maritzburg United in their season-opener at FNB Stadium on Saturday.

Amakhosi were disjointed and fortunate to go just a single goal down in the first half‚ and rallied for a strong second half that included the two headed goals from set pieces of left-back Yagan Sasman.

The involvement of clubs in different countries could be a large part of the reason for Kaizer Chiefs' appeal against their transfer ban at the Court ...
Sport
11 months ago

Recently appointed Kaizer Chiefs coach Gavin Hunt is still familiarising himself with his new surroundings but has been in Naturena long enough to ...
Sport
1 year ago

Chiefs coach Hunt braces for Sundowns: 'We’ve got Manyama‚ Katsande and Ntshangase back'

Kaizer Chiefs coach Gavin Hunt is pleased to have Willard Katsande and Lebogang Manyama back from suspension‚ and Siphelele Ntshangase back from ...
Sport
11 months ago

Maritzburg United coach Eric Tinkler has admitted he is mystified at why left-back Tebogo Tlolane turned out for Orlando Pirates on the weekend ...
Sport
1 year ago