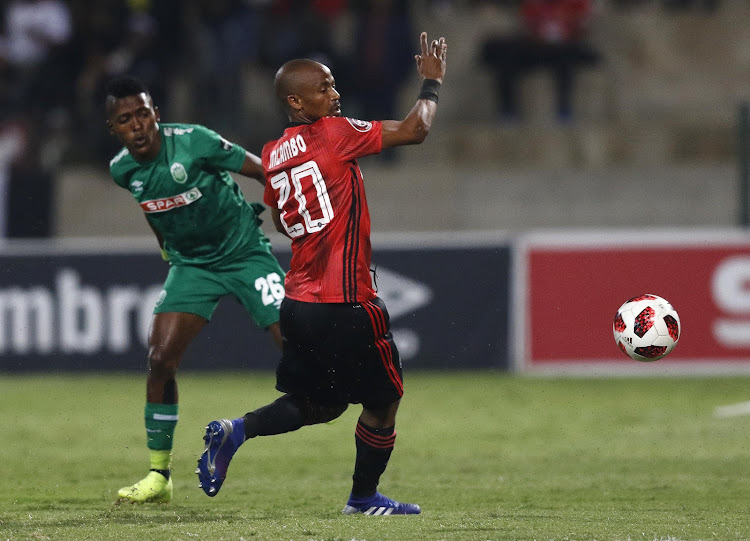 Xola Mlambo was unveiled as an AmaZulu player in Durban on October 26 2020.
Image: Anesh Debiky/Gallo Images

AmaZulu have confirmed the signing of midfielder Xola Mlambo from Orlando Pirates.

AmaZulu new owner Sandile Zungu has not been shy with the cheque book since purchasing the club a few weeks ago and Mlambo joins an already impressive change room that already boasts Siphelele Mthembu from Cape Town City‚ Makhehlene Makhaula and Limbikani Mzava (both from Highlands Park)‚ Samkelo Mgwazela from Lamontville Golden Arrows and Sicelo Mkhize from Jomo Cosmos.

Zungu gave his new club the target of finishing in the top four this season and his continued strengthening of the side gives weight to his intention to back his technical team with the personnel they need to achieve the ambition.

AmaZulu shared the spoils with the selfsame Pirates at the weekend after the two sides played to a 1-1 draw in a game decided by two penalty decisions.

The Bucs were gifted an early lead in the match after a questionable penalty decision was duly converted by last season’s joint league top scorer Gabadinho Mhango.

Referee Abongile Tom gave the Bucs the spot kick after Siphesihle Ndlovu was fouled by Sibusiso Mabiliso on the edge of the area.

I like d direction this team is going #amazulufc

Tom initially looked to be awarding Bucs a free kick just outside the area but after consulting one of his assistants‚ the official awarded Bucs the penalty.

Usuthu managed to salvage the point through a penalty of their own which came in the 33rd minute after Fortune Makaringe was judged to have impeded Memela inside the area.

Pirates goalkeeper Wayne Sandilands saved Lehlohonolo Majoro's initial shot but was beaten on the rebound by the AmaZulu forward.

AmaZulu are away to Premiership newcomers TS Galaxy in their next outing on Wednesday night.

Police minister Bheki Cele and national commissioner Khehla Sitole will on Monday provide a much-anticipated progress report on developments in the ...
News
1 year ago

Manchester United remain winless at Old Trafford in the Premier League this season after they were held to a disappointing 0-0 draw by Chelsea on ...
Sport
1 year ago

AmaZulu and Orlando Pirates share the spoils in Durban

AmaZulu will be right to feel aggrieved that they only got to share the spoils 1-1 with Orlando Pirates from a the dubious penalty awarded to the ...
Sport
1 year ago