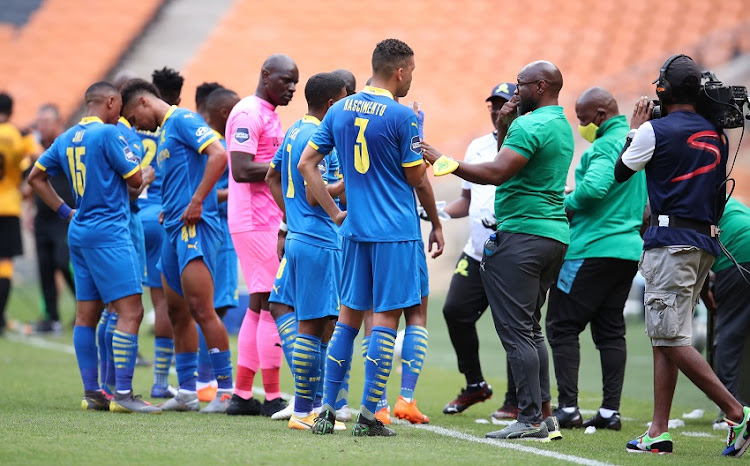 Mamelodi Sundowns co-coach Manqoba Mngqithi has admitted that planning for Premier Soccer League (PSL) rookies Tshakhuma Tsha Madzivhandila (TTM) has proved to be a challenge because they don’t have a clearly defined tactical approach.

In their first two matches in the MTN8 quarterfinal loss to SuperSport United and draw with TS Galaxy last weekend‚ TTM made a number changes to their team.

Mngqithi said TTM coach Joel Masutha was probably forced to make changes because he has not been long with the players, but the Brazilians must be well-prepared for their DStv Premiership meeting at Loftus on Wednesday.

“It is very difficult to prepare for a team like TTM because over the last two matches they have played different line-ups‚” Mngqithi said.

“When they are using different teams‚ you can see most of their stuff is still off the cuff and is not something that has been drilled or worked on very hard because the players and the coach have not been together for long.”

Mngqithi‚ who is co-coach with Steve Komphela and Rulani Mokwena‚ added that the fact that TTM do not have a clear tactical approach doesn’t mean they are going to be easy prey.

“Such teams can be very dangerous because you don’t know exactly who to face in the next match.

“For instance‚ when they played against SuperSport United they played Justin Shonga‚ Mogakolodi Ngele and Lerato Lamola. Then you come into the next match against TS Galaxy in the league and Shonga is not there and it’s Lamola‚ Celimpilo Ngema and Ngele.

“Ngele is a big factor in their team and Miguel Timm is also doing very well. It’s always very difficult to plan for a team like that and they are very good on set-pieces with Nonyane and them.

“Ngele usually takes them but surprisingly he has scored one with a header‚ which suggests we must be aware what happens around the box and try to defend intelligently and not give too many free-kicks in that area.

“We are planning mainly on individual files because the team as such does not have a clear tactical approach and they are trying their level best to understand what each individual can do against us. I think we have made those pointers in our analysis.”

Though he doesn’t know what type of team he will be coming up against‚ Mngqithi said Sundowns’ preparations have gone well.

“To be honest‚ our preparations have gone very well. But you must also understand that we have had only two days of training because we played on Saturday and we had to do regeneration immediately after the game.

“We gave the players the day off on Sunday‚ but so far everything has gone according to plan.”