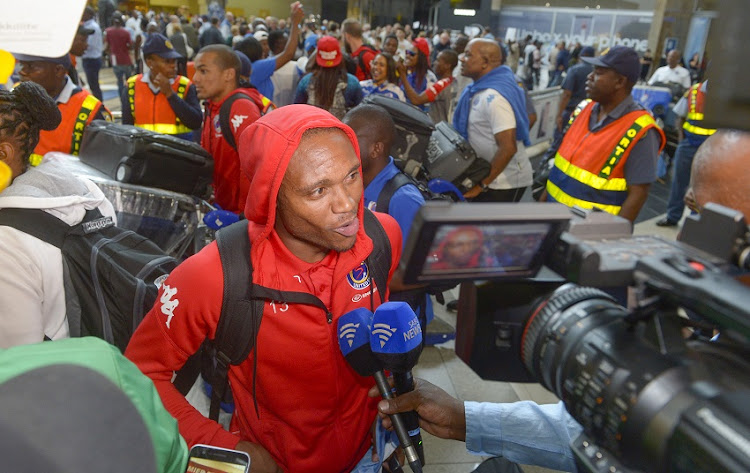 Former Bafana Bafana midfielder Thuso Phala has not played competitive football for almost a year but insists that he has not retired from the game.

The last match for Phala‚ who is nearing 300 appearances in the league‚ was for Black Leopards in their 3-1 loss to Orlando Pirates in December, when he was replaced in the second half.

“If I get an offer from a team that is based in Johannesburg‚ then I will entertain them regardless of whether they play in the PSL and GladAfrica Championship. I don’t want to relocate and I want to start planning for my life after football. I have had a few offers but I was not willing to leave Johannesburg.”

Despite having not played football in more than eight months since he terminated his Leopards contract during the early stages of the national lockdown‚ Phala said it would not take him too long to regain his fitness if he gets a club.

Thuso Phala addresses retirement rumours, why he left Black Leopards, how he is benefiting from good investments, and how the Thuso Phala dance came about.

“Obviously my fitness level is not where it’s supposed to be at the moment. If you are used to training every day and you stop for about seven to eight months‚ you are not going to be at the right level.

“But I am one of the fortunate players where fitness has never really been a serious problem. It will only take me a few weeks of intense training to get back to the right level of fitness.

“I have never had a fitness problem but obviously at the moment I have not been training at the level where I need to be training at on a daily basis.

“I am only keeping active and fit by playing indoor soccer and taking a jog in the mornings, but that’s not enough. I feel like if it happens that I go back to playing‚ it will take me a couple of weeks and I don’t see that as being a problem.”

Maybe when I eventually decide to retire‚ I will still be involved in another capacity.

Phala said if he doesn’t get a club in Johannesburg‚ he may have to hang up his boots.

“If I don’t get a team in Joburg‚ I will get to a stage where I will have to decide that maybe it’s time to hang the boots. That will also come with the feeling because football has been my life.

“I know it is not going to be easy just to say I am leaving the game but maybe when I eventually decide to retire‚ I will still be involved in another capacity. But when that feeling comes, I will announce it.”

Having been without an income for almost a year‚ Phala said he was surviving on the returns from his solid property investments.

“It’s difficult to go even a month without a salary but I have gone almost the entire year without a salary. I have properties and they are bringing income for me during this time I have not earned a salary.

“I also had some money saved up‚ it’s not a lot because then it will sound as if I am rich‚ but there was money that was saved up from my salary with the help of my manager.

“There are other things that I am working on with my mom to ensure that I maintain my responsibilities at home. We are building communes in Soweto and property is something that I got involved in from an early age and that was the lucky part.”

Fresh from a MTN8 encounter where Orlando Pirates consummately defeated them‚ Kaizer Chiefs have to navigate past what could be a potential banana ...
Sport
1 year ago