Khoza as Madlala is asked to continue as acting PSL CEO: 'We don’t elect CEOs‚ they are appointed' 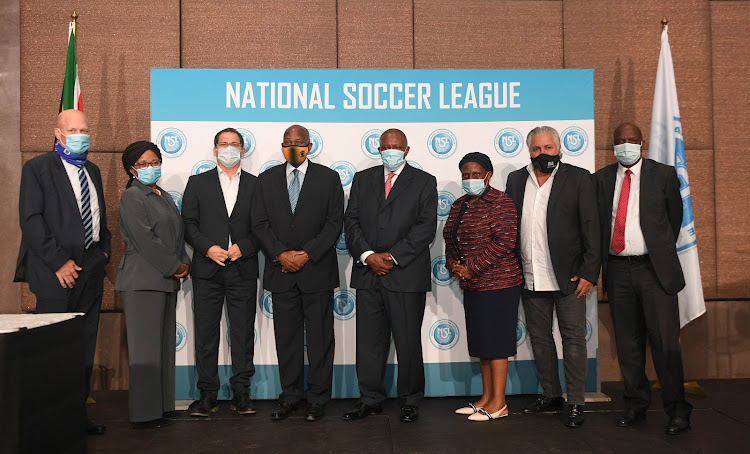 Mato Madlala is set to continue as acting chief executive officer (CEO) of the Premier Soccer League (PSL) after it was proposed by some of the clubs that she stay on in her role.

Madlala has been the acting CEO of the league for just over five years since she replaced Brand de Villiers who left the organisation on 10 November 2015.

Reacting to the unexpected proposal‚ PSL chairman Dr Irvin Khoza said it will be discussed by the newly appointed executive committee that was confirmed after the National Soccer League (NSL) Quadrennial General Meeting held in Johannesburg on Wednesday.

“There is no electing of a CEO‚ it just a proposal which the executive must evaluate when we convene the first meeting of the executive committee.

"The wish of the Board of Governors (BoG) must be discussed in the executive committee meeting. We don’t elect CEOs‚ they are appointed‚” said Khoza.

The proposal for Madlala to continue in her role was made by Baroka FC chairman Khurishi Mphahlele and he was immediately supported from the floor by Swallows FC chairman David Mogashoa.

“I propose that we keep Ms Mato Madlala as acting CEO‚ in my view she has done wonderful work and I am happy with the way she is handling her function‚” said Mphahele.

“Swallows would like to support the motion as well from Mr Mphahlele. I think Ms Mato Madlala has done very well for the league under difficult circumstances and I think she should continue leading this complex organisation.

"As Mr (Jomo) Sono said‚ she understands our business‚ she speaks the same language as us and it is very important that she carries on‚” said Mogashoa.

Asked if she agrees with the proposal‚ Madlala said: “It is a proposal from the floor and it is going to be taken up by the executive.”

It is not immediately clear whether Madlala‚ who is the chairperson of Golden Arrows and a member of the executive committee‚ is going to continue acting or appointed on a full-time basis.

Irvin Khoza will serve as National Soccer League (NSL) chairmain for another four-year term having been re-elected unopposed at the domestic ...
Sport
6 months ago

Bafana Bafana need two wins from their back-to-back matches at home to Sao Tome and Principe‚ and they have the ingredients to achieve that, says ...
Sport
6 months ago

Four matches played in all competitions and four defeats after all of them.
Sport
6 months ago

The mounting problems at Kaizer Chiefs are ‘beyond football’ and the ailing club desperately needs to conduct a ‘cleansing ceremony’ to turn its ...
Sport
6 months ago

Who are the teams that will face the SA sides in continental competitions?

The Caf Champions League and Confederation Cup competitions get under way across the continent in less than two weeks' time after a long delay due to ...
Sport
6 months ago
Next Article