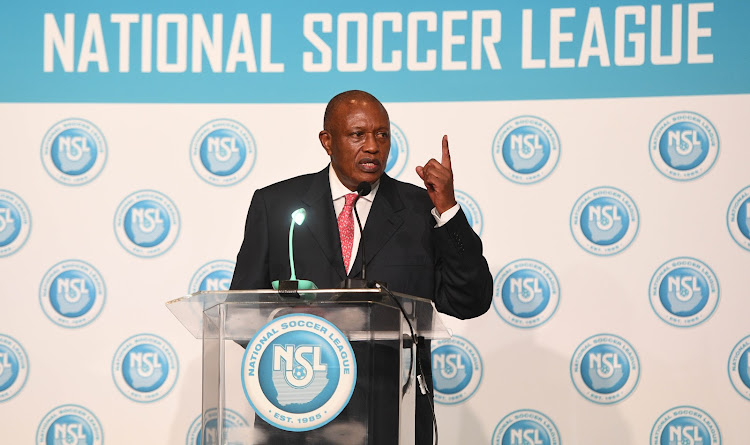 Irvin Khoza will serve as National Soccer League (NSL) chairmain for another four-year term having been re-elected unopposed at the domestic professional governing body’s Quadrennial General Meeting (QGM) in Johannesburg on Wednesday.

There was only one nomination for the position of chairperson at the QGM‚ where the other seven elected members of the NSL’s executive committee (exco) to serve for the next four years were also voted on by the board of governors (BoG).

Madlala has also served as acting CEO of the NSL for five years‚ as of Tuesday.

The seven exco members were chosen from 12 nominees.

In his address to the QGM‚ Khoza thanked the stakeholders who had played a role in the PSL – the trading name of the NSL – complete the past 2019-20 Premiership and GladAfrica Championship seasons despite the lockdown and global shutdown due to the Covid-19 pandemic.

Bafana Bafana need two wins from their back-to-back matches at home to Sao Tome and Principe‚ and they have the ingredients to achieve that, says ...
Sport
1 year ago

Four matches played in all competitions and four defeats after all of them.
Sport
1 year ago

Who are the teams that will face the SA sides in continental competitions?

The Caf Champions League and Confederation Cup competitions get under way across the continent in less than two weeks' time after a long delay due to ...
Sport
1 year ago