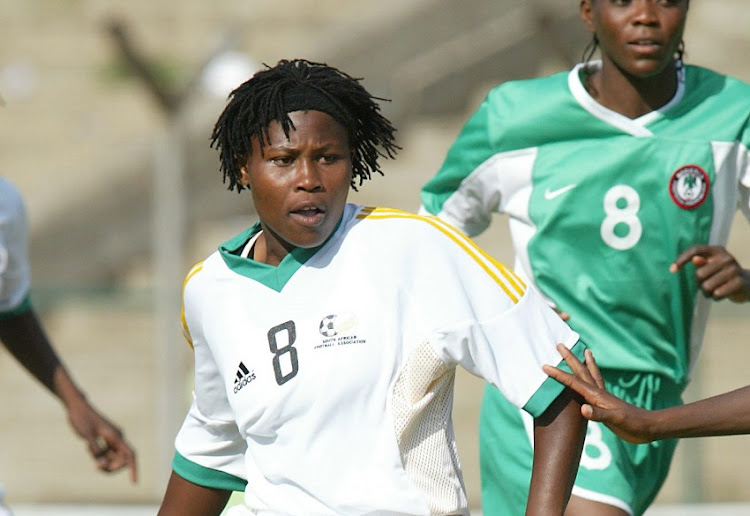 Luthuli‚ a star of the women’s national team of the 2000s along with the generation of Noko Matlou‚ Portia Modise and current Banyana coach Desiree Ellis‚ died in hospital in Scottburgh‚ on the KwaZulu-Natal south coast‚ on Monday afternoon. She was originally from Marianhill‚ outside Durban.

Luthuli had been reportedly diagnosed with lymphoma‚ a cancer of the lymphatic system‚ in 2011. She had suffered greatly with a large cancerous tumour on her face‚ which she finally had removed in an expensive surgery in 2018.

“The thing that always sticks in my head was we were leaving for Nigeria for a Nations Cup‚ and I think it was her sister who passed away and Makhosi couldn’t come. And I just remember how upset we all were because she was key in the team‚” Hilton-Smith said on Tuesday morning.

Plans are underway to ensure that Bafana Bafana and Banyana Banyana players are paid the same amount for representing the country on the ...
Sport
7 months ago

“We actually got a call on Saturday when we were watching the final of the Cosafa Cup — I was down in Port Elizabeth for it — to say that she was fading fast. We wanted to try to do a Zoom meeting with some of her family‚ but then I heard she passed away.

“But‚ you know‚ she had this terrible face cancer. And then she had a reprieve that took major surgery that took months and months. And she kind of came right — all that terrible swelling was gone.

“But then it would appear that the cancer returned‚ and really hammered her in the last month. But sometimes things are a blessing in disguise‚ and I think this is one of those times.”

“From KZN‚ she one of the stars who came out at the same time as Veronica Phewa‚ Portia‚ that generation‚” Hilton-Smith said.

“She was a great product of KZN. And a lovely person — the nicest person you could ever meet. A calm and very gentle person.”

Luthuli’s 2018 operation‚ the Durban-based Highway Mail reported in 2019‚ was aided by the NGO Operation Healing Hands. Dr Frits Hoogendijk headed a team of health professionals who removed the growth and built and implanted a new prosthetic upper jaw for her.

She had started an academy in Lahee Park‚ Pinetown — the Future Stars Academy — which trained young girls and boys.

One of our own has fallen 😔💔. Former Banyana Banyana stalwart Makhosi Luthuli had been fighting cancer for more than 7yrs. You were always so positive and never showed any fear. Your story of bravery & courage on and off the field will live in our hearts forever . 🕊 pic.twitter.com/DrAfkAL785

It is with deep sadness that we confirm the passing of our Durban Ladies Legend and ex Banyana Banyana player - Makhosi Luthuli. She was one of the KZN stalwards that formed the well known, vibrant and winning Banyana Banyana squad in 1997-2002 era. May her Soul Rest In Peace 💚 pic.twitter.com/a1YOLKKezN

Sad news😥 Former Banyana Banyana Captain Makhosi Luthuli has passed away. She has been fighting with cancer for 7...

Banyana Banyana coach Desiree Ellis said being crowned the winners of the Cosafa Women’s Championship trophy on Saturday is a moment her young squad ...
Sport
7 months ago

'God won't let me die like this': Makhosi Luthuli

She was once the darling of the soccer world, a sporting star South Africa could not get enough of.
Sport
3 years ago