Ncikazi admits Arrows are glad they don't have to worry about Nurković: 'I'm happy he's not around' 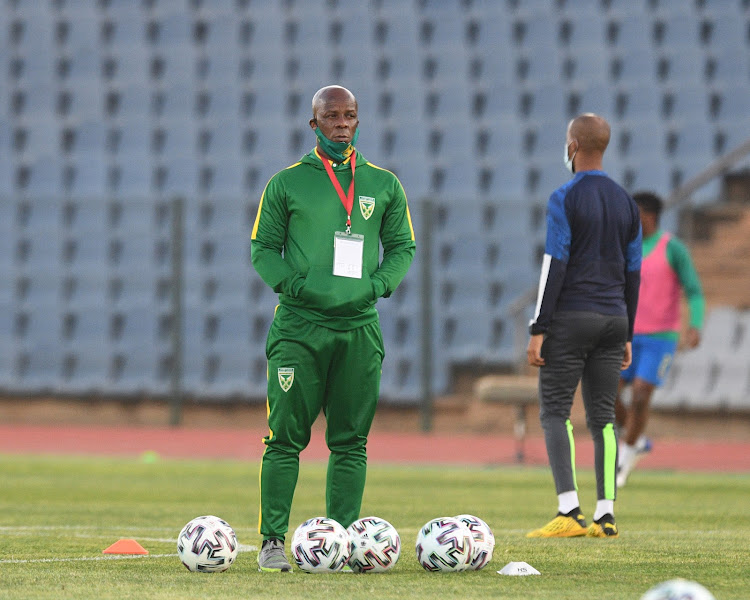 Mandla Ncikazi was given the Lamontville Golden Arrows head coaching role on a full time basis at the beginning of the season after deputising for Steve Komphela last season.
Image: Sydney Mahlangu/BackpagePix

Spluttering Kaizer Chiefs have failed to get out of first gear under new coach Gavin Hunt this season but Lamontville Golden Arrows are preferring to exercise extreme caution and tread very carefully when the two sides meet in a league match at Sugar Ray Xulu Stadium on Saturday.

Arrows coach Mandla Ncikazi has observed Chiefs' struggles in recent weeks and warned his charges to guard against complacency‚ and avoid becoming the side that Hunt uses to find his footing and turn things around.

Chiefs have managed four points from a possible nine following their heavy 3-0 defeat to Mamelodi Sundowns in the opening day of the season‚ the slender 1-0 win over Chippa United and a goalless draw with rookies TS Galaxy.

Ncikazi‚ on the other hand‚ got his Arrows career off to a promising start following 1-1 away draws to Bloemfontein Celtic and Baroka FC‚ and a home win over SuperSport United.

But the Arrows coach admitted that he was approaching the game with extreme caution as Chiefs deserves respect.

“What looks obvious is not obvious and for me I see danger‚” said Ncikazi.

“Kaizer Chiefs is still a very good team because this is the same team that was leading with 13 points at some stage last season.

"It’s the same players and just a change of the coach. They still have players like Lebogang Manyama‚ Khama Billiat and many other national team players.

“So‚ I don’t want us to believe that what we are seeing at the moment is what is going to happen during our match on Saturday.

"Like I said‚ I see danger and we have to be very careful.

"But we will prepare very well like we always do because we will be playing against a very good team.

"My message to the players is to be cautious when we enter that pitch. Results might not have gone their way up to this stage but they are still a very good team.

"Daniel Cardso is of international standard‚ Bernard Parker is a former international player‚ Manyama is a Bafana Bafana player‚ Billiat is with the Zimbabwean national team‚ Samir Nurković unfortunately is injured and I am happy that he is not around.”

Ncikazi said his Chiefs counterpart Hunt‚ who has given opportunities to a number of young players like Happy Mashiane‚ Njabulo Blom and Keletso Sifama‚ is always competitive.

“They also have youngsters who are very capable‚" he said.

"I really don’t think that we must look at Chiefs and feel sorry. Maybe the transition from one coach to another needs time because every transition needs time.

"Soon coach Gavin Hunt will be very competitive and I just hope he doesn’t become competitive against Arrows this weekend.

"He must wait and then after that he can be competitive.”

Former Bafana Bafana striker Katlego “Killer” Mphela has revealed that what haunts him in his career was that he felt he could have broken Benni ...
Sport
1 year ago

Dylan Kerr says he was getting ready to consult his lawyer on his dismissal from Baroka FC‚ to visit a friend in Durban‚ and then wait and see what ...
Sport
1 year ago

Sudan have pulled a shock 1-0 defeat of Ghana in Omdurman that makes Bafana Bafana's qualification for the 2022 Africa Cup of Nations that much more ...
Sport
1 year ago

Plans are underway to ensure that Bafana Bafana and Banyana Banyana players are paid the same amount for representing the country on the ...
Sport
1 year ago