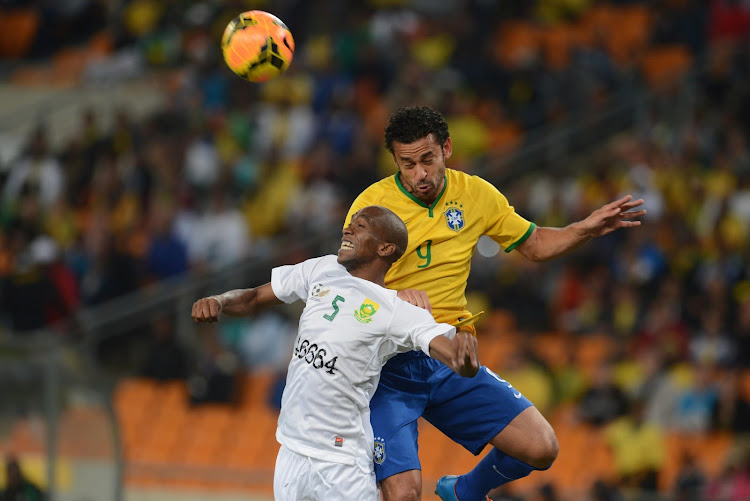 A file photo of Anele Ngcongca on Bafana Bafana during during an international friendly match against Brazil in Johannesburg.
Image: Lefty Shivambu/Gallo Images/Getty Images

The nation continued to pay tribute to former Bafana Bafana defender Anele Ngcongca following his death in a car accident on Monday morning.

The 33-year-old Ngcongca‚ who won a number of titles with former club Mamelodi Sundowns but was in the process of moving to AmaZulu on loan from the Brazilians‚ was on his way to Durban with another person in the vehicle when the accident happened.

The two DStv Premiership clubs confirmed that Ngcongca passed away in the Monday morning car accident but also requested that his family be afforded maximum privacy.

“AmaZulu FC and Mamelodi Sundowns FC extend their deepest condolences to the Ngcongca family‚ team-mates‚ supporters and the broader football fraternity‚ as well as everyone who was touched by the life of this exceptional football ambassador‚” the two sides said.

“At this point‚ both clubs would like to request that maximum privacy be afforded to the Ngcongca family during this very difficult time and allow the pertinent authorities to conduct the relevant investigations.”

Safa president Danny Jordaan said this has been a difficult year and it continues to extract a heavy toll.

"This 2020 has been a terrible year‚ economically‚ socially and we have lost many of our beloved ones. Anele’s death just sums up this dreadful year‚’’ he said.

Jordaan said while Ngcongca’s passing was terrible‚ a plan needs to be made to stem road deaths among footballers.

“We have lost a number of our players through road accidents and I cannot explain enough the importance of adhering to speed limits and other driving regulations.

"Do not drink and drive. Do not speed beyond the allowed speed limit and take rest when you’re tired‚” Jordaan said.

Ngcongca‚ who spent the bulk of his club career with KRC Genk in Belgium before moving to Sundowns‚ was capped 53 times by Bafana.

More players are expected to head for the exit door at Mamelodi Sundowns after co-coach Manqoba Mngqithi warned that they would continue to wield the ...
Sport
1 year ago