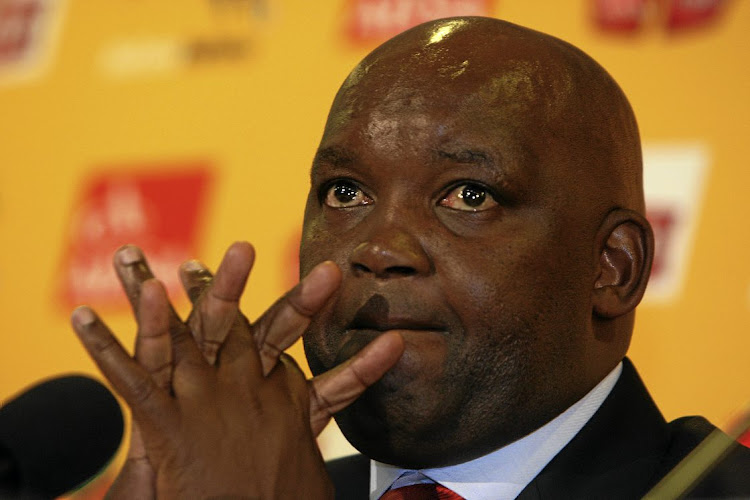 Ngcongca died in a car crash in northern KwaZulu-Natal on Monday morning. It is understood the vehicle he was travelling in was heading towards Durban when the driver lost control and veered down a steep embankment. The vehicle then overturned.

“The accident happened near Fairbreeze on the N2. A woman had been driving a white BMW. The male passenger was flung from the vehicle and was pronounced dead when paramedics arrived. The driver is in a critical condition and was transported to hospital,” a traffic officer, not authorised to speak to the media, told TimesLIVE.

As hundreds filled social media with messages of condolence and tribute to the star, Ngcongca's former boss at Sundowns posted a picture of the defender alongside the caption “Legend! Rest in peace”.

Fans added their tribute to this, with one sharing a video of Mosimane gushing over Ngcongca's talent.

“Anele has got so much experience and what a gentleman also ... it is very difficult to get those right backs who are stable and make few mistakes. We are blessed to have Anele,” Mosimane said in the video.

Ngcongca played 104 times for Sundowns after joining the club under Mosimane in 2016.

He was linked with a move to Belgian second-tier side KSV Roeselare in July, but was recently released by Sundowns to play for AmaZulu.

According to Sowetan, speaking to the media in September while still Sundowns coach, Mosimane said Ngcongca was one of “the most underrated right-backs in the country” and should stay at the club.

The 26,000 deaths on SA’s roads in the past two years highlight both the government’s and our frailties
Opinion & Analysis
1 year ago