'What a gentleman!': ex-Bafana coach 'Shakes' Mashaba tries to come to terms with Anele Ngcongca's death 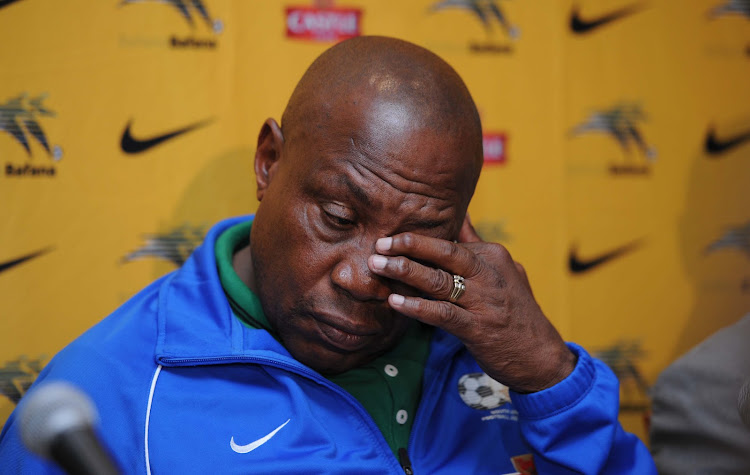 "What a gentleman!" This was former Bafana Bafana coach Ephraim “Shakes” Mashaba's reaction as he tried to come to terms with the death of Anele Ngcongca.

Ngcongca died in a car crash in northern KwaZulu-Natal on Monday morning and Mashaba‚ like many South Africans‚ is still trying to make sense of the 33-year-old defender's shock death.

Mashaba coached Ngcongca in the national team for two years between 2014-2016 and he said the soft-spoken Gugulethu-born player never raised his voice unless it was necessary to do so.

“When you have Anele in camp‚ sometimes you would even forget that he was there.

"The only time you will realise that Anele was around was when he was saying something constructive or trying to stop someone who was trying to get out of hand.

"He was never a player who was always reprimanded for doing wrong things‚ and his other good attribute was that he was a very good listener.”

Mashaba said Ngcongca’s determination was highlighted by his almost decade-long stay in Belgium where he won trophies between 2007-2015.

"He stayed in Belgium with Genk for almost ten years‚ which hardly happen these days.

"You look at the history of most of our players‚ they go there for a few months and they are back.

"Anele showed commitment for the game and the other thing [about him] is that you would be shocked to see him get a yellow card.

“He was quiet and did things the way they were supposed to be done‚ and he had leadership qualities.

"I would say that our hearts are with the family during these trying times‚ we all have different ways of how we are going to leave this world.

"We want to thank his family for having afforded us the opportunity to have Anele and participating whenever we wanted him as a country‚ and he represented his country with distinction.”

Ngcongca never played in the domestic topflight before his move to Belgium in 2007‚ but Mashaba said he knew all about him.

“I knew him from Cape Town because we used to do scouting for Sasol and the other things.

"I believed in him while I was the Bafana Bafana coach and I used him in two positions - as a central defender or right back.

"He performed with aplomb. The other thing that I liked about him is that he had a powerful engine.

“There were times when coaches were coming up with thing of a wingback and it is demanding because you can’t be running up and down for the entire game unless you are fit.

"Anele used to do that because he looked after his body and you can see that he was lean and mean.”

The nation continued to pay tribute to former Bafana Bafana defender Anele Ngcongca following his death in a car accident on Monday morning.
Sport
1 year ago

Former Bafana Bafana coach Gordon Igesund has remembered Anele Ngcongca as a dedicated‚ disciplined and organised human being who always looked after ...
Sport
1 year ago