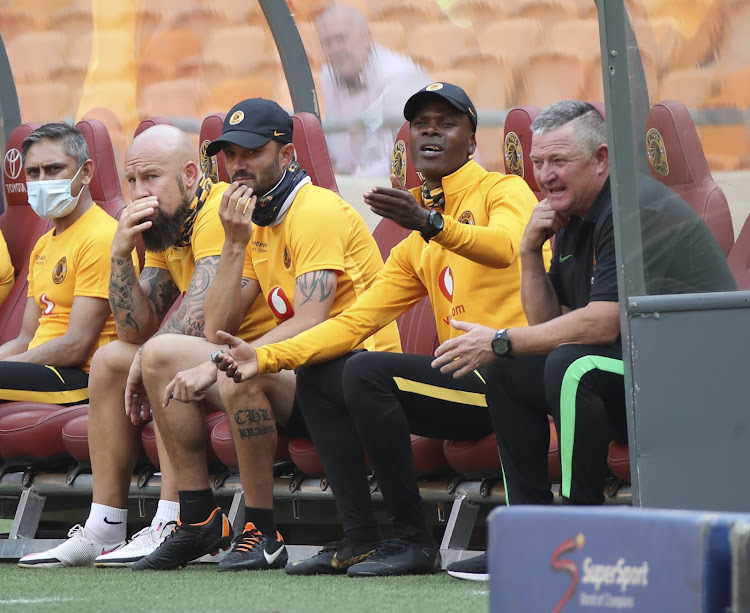 Gavin Hunt and his technical team at Kaizer Chiefs are facing a mammoth task to return the club to its glory days. Even under the current circumstances, the Amakhosi fans still demand silverware.
Image: Gavin Barker/BackpagePix

Former Bafana Bafana and Moroka Swallows midfield strongman MacBeth Sibaya believes that some of the current Kaizer Chiefs players are not of the required standard for a club of that magnitude.

Amakhosi are stuttering out of the blocks in the DStv Premiership with five points from as many matches after one win‚ two draws and two losses and they are currently wallowing 11th spot on the log.

Sibaya‚ who also played for Rosenborg BK in Norway and Rubin Kazan in Russia during his eight years stay in Europe‚ said not being able to sign players has negatively affected Amakhosi‚ but some of the club’s existing players lack character.

“I am getting a sense that maybe they have been signing players who are maybe below the level of the team‚” he said.

“With regards to personality‚ character‚ skills‚ ability and all those things that involve football‚ you must be on par with the level of Chiefs. Over the past few seasons‚ I don’t think they have signed players that meet the level of the club.

“It’s very unfortunate because at this point they are not able to sign any players. For any big team all over the world in the league‚ they sign players but as a result of the outcome of their case at Cas [the Court of Arbistration for Sport] they have been banned for two transfer windows.

“But they have a very good coach in Gavin Hunt who is bold and will stick to what he believes in and be able to work with what he has. I wish him good luck because it is very unfortunate for him to take over the team where he can’t do anything when it comes to signing of players.”

Sibaya went on to urge Chiefs fans to support Hunt.

“They should have an understanding of where the team wants to go and how much time the coach needs. If it’s one or two years‚ he should be given that opportunity to work on the team because it takes time to get the winning combination.”

Chiefs turn their attention to the preliminary stage of the Caf Champions League this weekend‚ where they are away to Cameroonian champions PWD Bamenda on Sunday.