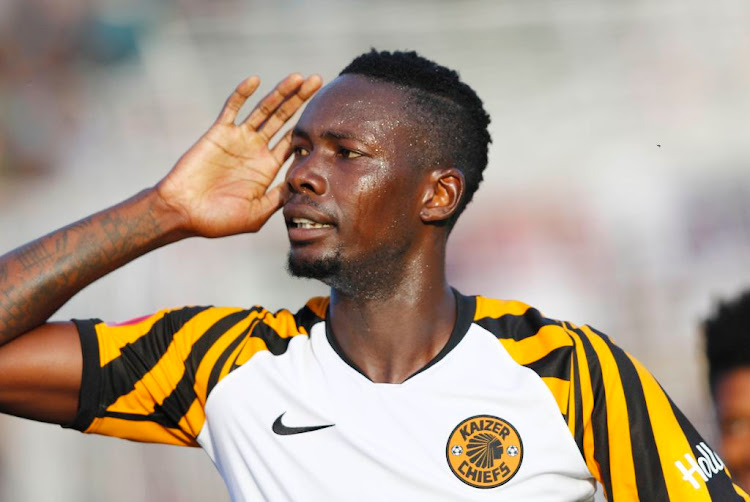 Eric Mathoho scored the only goal of the match as Kaizer Chiefs marked their return to the Champions League with a win against Cameroon's PWD Bamenda
Image: Anesh Debiky/Gallo Images

Chiefs coach Gavin Hunt voiced his unhappiness with the state of the pitch at Limbe Omnisport Stadium on the eve of this encounter but Amakhosi certainly acquainted themselves very well with their surroundings after Eric Mathoho scored the winner six minutes from the final whistle.

Chiefs had to fight for the priceless away win as Bamenda were awarded a penalty by the referee right at the death, but Amakhosi goalkeeper Itumeleng Khune made the save to ensure that the visitors returned to Naturena with the continental win in the bag.

Hunt's charges have found the going tough in the domestic league but they ensured that the club returned from Cameroon with a hard-worn result after years in Champions League wilderness.

Former Bafana Bafana and Moroka Swallows midfield strongman MacBeth Sibaya believes that some of the current Kaizer Chiefs players are not of the ...
Sport
4 months ago

Do Kaizer Chiefs even want to progress past PWD Bamenda in the Champions League?

While his ex-boss competes for the 2019-20 Caf Champions League final against Zamalek as coach of Al Ahly this weekend‚ it seems some representation ...
Sport
4 months ago
Next Article