Hunt warns his Chiefs charges to guard against complacency: 'You can’t relax because it’s only halftime' 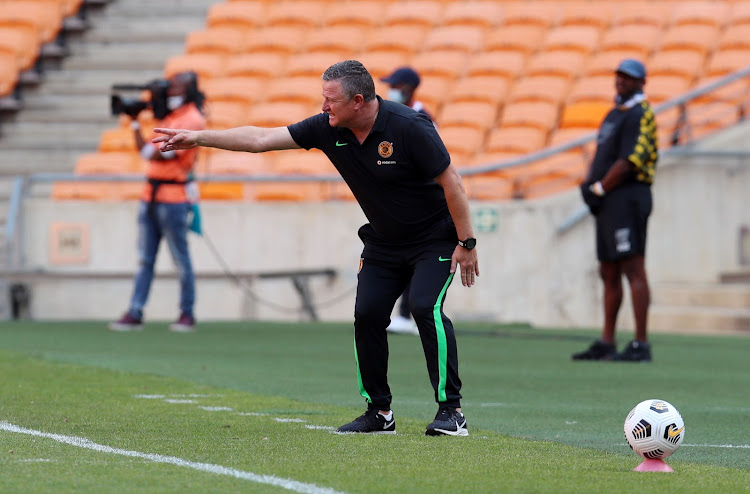 Kaizer Chiefs coach Gavin Hunt has cautioned his charges to guard against complacency when they host Cameroon side PWD Bamenda in the return leg of their Champions League preliminary round fixture this week.

Amakhosi pulled off a vital 1-0 away win over Bamenda in the first leg at the Limbe Omnisport Stadium on Sunday afternoon, but Hunt is well aware that the job is far from done.

If Chiefs complete the job in the second leg at FNB Stadium on Friday, they will meet Angolan side Primeiro de Agosto who are expected to provide a sterner test than Bamenda.

“You can’t relax because it’s only halftime. We still have another 90 minutes to go and they have a fight in their team,” said Hunt, who was happy that they scored an away goal and did not concede.

“They are a strong physical team and hopefully we have enough to try to make it a little bit easier and safer for ourselves when we play in Johannesburg. It is important to try to score a few goals and that is something we are lacking at the moment. We are lacking the cutting edge but we have a couple of good strikers who haven’t scored and that’s the problem.

“The final pass wasn’t as good as it should have been at the end of the movement, but the pitch had a lot to do with that. I thought the pitch was really difficult to play on, but most importantly we managed to score the away goal.”

Hunt said travelling on the continent to honour the fixture took its toll on the team and as a result he will not push the players hard at training this week. He will focus more on tactics, recovery and selections.

“We won’t train with any intensity before the match on Friday, that’s for sure. We will do recovery and see who is available, because it looks like we have a few problems already with one or two players. I just hope it doesn’t affect our game the following week, which is a bigger concern at this point.”

“It should never have been a penalty, shouldn’t it. That’s the problem but I said to the players that once we scored there are going to be problems.

“Tower [Mathoho] scored a great goal, like a striker should finish, but you can see that he is rusty in his general play. He is slow and needs some games to get up to speed.”

Former Bafana Bafana and Moroka Swallows midfield strongman MacBeth Sibaya believes that some of the current Kaizer Chiefs players are not of the ...
Sport
1 year ago

Seriously! Fans debate whether Middendorp must return to Chiefs and Hunt must go

In a stunning turn of events‚ a section of the Kaizer Chiefs fans are calling for the dismissal of coach Gavin Hunt and the reinstatement of Ernst ...
Sport
1 year ago