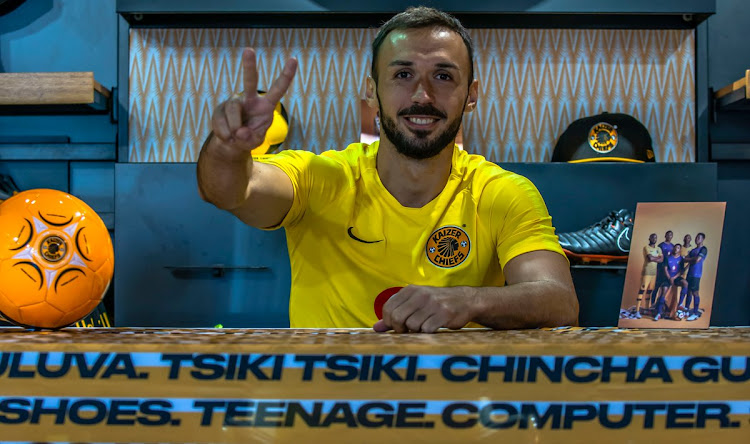 Kaizer Chiefs have confirmed that star attacker Samir Nurković will return to training this week.

Nurkovic’s return to training is good news for under pressure coach Gavin Hunt who has bemoaned their poor finishing this season as they have only scored three goals in the DStv Premiership.

“Samir Nurkovic returns to training this week. His progress will be monitored and further updates will follow‚” announced Chiefs on Monday morning.

The absence of Nurkovic‚ who underwent surgery on his troublesome groin‚ has largely contributed to Chiefs’ stuttering start to the domestic league season where they have managed only to win one game and two wins and losses.

As a result of their early season struggles‚ Chiefs have only managed to collect five points from as many matches and they find themselves in the relegation zone with the Bloemfontein Celtic‚ Black Leopards and Maritzburg United.

Amakhosi are lying fourth from the bottom and only four points separate them from Maritzburg United who are bottom of the standings.

Chiefs’ top goal scorer last season went under the knife on his groin after the last game in the bubble and he has been sorely missed by Hunt‚ who is trying to revive their fortunes.

The club also announced that key defender Reeve Frosler is recovering well from his knee injury and is expected to remove his brace this week with return to training scheduled for next month.

Tshakhuma Tsha Madzivhandila FC (TTM) CEO Sello Chokoe has vowed to defend and clear his name amid allegations of fraud against him by the club.
Sport
1 year ago

Mamelodi Sundowns were held to a 1-1 draw by Maritzburg United during their DStv Premiership match that was played at the Harry Gwala Stadium on ...
Sport
1 year ago

Baroka get season back on track with win over Chippa

Baroka FC got their campaign back on track with a hard-fought come-from-behind victory over visiting Chippa United for their first success over the ...
Sport
1 year ago