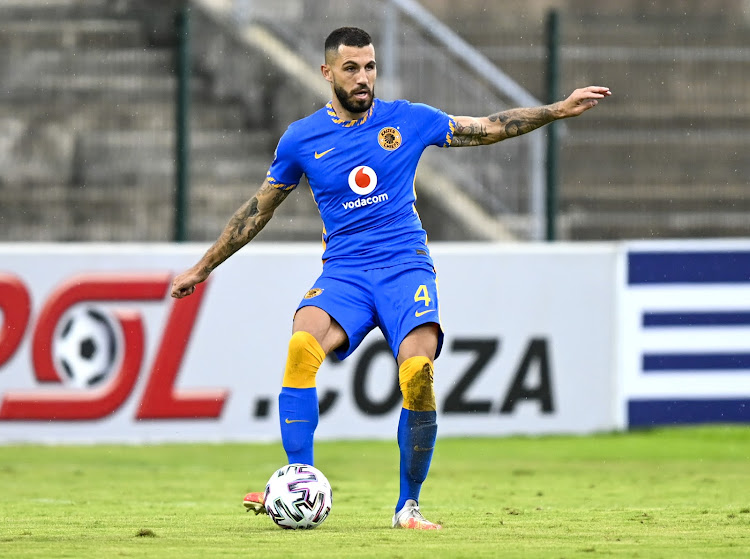 Kaizer Chiefs defender Daniel Cardoso says they have to win Wednesday's league clash against rested Black Leopards at FNB Stadium to snap their three-match league run without a win.

Amakhosi have failed to register a win in their last three matches where they drew with TS Galaxy and Lamontville Golden Arrows and lost to Swallows FC‚ a run that has left them fourth from the bottom on the log.

Cardoso added that they must be ruthless in front of goals as they have only scored three times so far this season and be watertight at the back because they have conceded six in five starts.

“We want to get back on track and the boys know what is at stake‚ they know that we have to start climbing the ladder.

"We just need to convert our chances and go back to winning ways because we haven’t won a game for quite some time now in the PSL and that needs to change.

“It is going to be vital to try and not concede because we haven’t been keeping clean sheets and we don’t have the best defensive record at the moment.

"We want to change that this time around because we have been working a lot with the coaches on the technical side of things and it is all up to us now to stick together.”

Amakhosi meets a Leopards side with challenges of their own as they are also fighting to get out of the relegation zone.

“It’s not going to be an easy task against Leopards but we will have to be up for it because it’s never an easy game against them.

"They have had a break over the weekend which gave them a little bit of a rest and more time to prepare for us.

"It is not easy playing every three days but that’s what we have a big squad for.

“In terms of preparations‚ we have had one day recovery and two days of training.

"There is not much of training that we have put in but we want to have the same positivity that we had over the weekend during the Caf Champions League against the team from Cameroon.

"It wasn’t the easiest of games but we did play good football and the ball was moving very nicely on the park on Saturday evening.”

An Argentine senator wants to put Diego Maradona on the country's bank notes and presented a project to Congress on Monday to get the late soccer ...
Sport
1 year ago

Former Arsenal midfielder Freddie Ljungberg has questioned the club's decision to freeze out Mesut Ozil from their Premier League squad and says ...
Sport
1 year ago

Kaizer Chiefs have confirmed that star attacker Samir Nurković will return to training this week.
Sport
1 year ago

The Bundesliga's 2020/21 season will see a drop in turnover of about one billion euros ($1.21 billion) if fans have to stay away throughout the ...
Sport
1 year ago