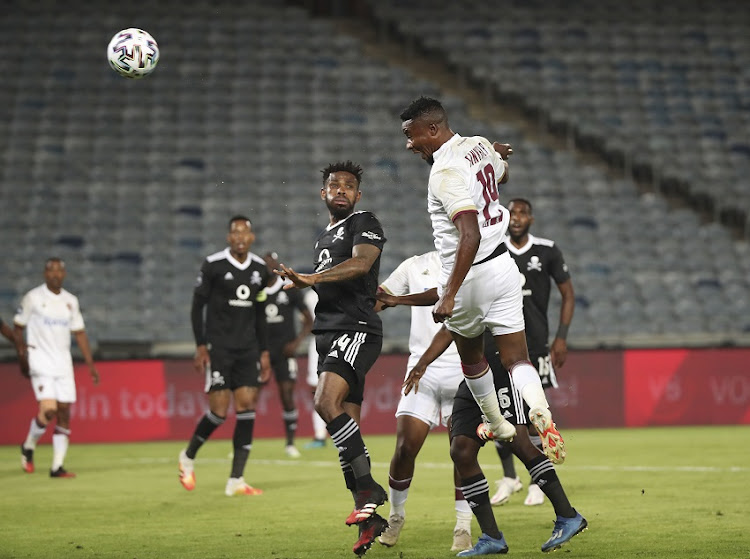 Orlando Pirates stand-in captain Thulani Hlatshwayo will have no problem with Happy Jele lifting the MTN8 trophy if they defeat Bloemfontein Celtic at the Moses Mabhida Stadium on Saturday.

Hlatshwayo has been the preferred choice to wear the captain’s armband this season by coach Josef Zinnbauer, with the 33-year-old regular skipper Jele seeing limited game time.

Jele has made only four appearances for the Buccaneers in all competitions so far with Hlatshwayo‚ who arrived from Bidvest Wits‚ taking over the leadership responsibilities in the eight matches he has featured in.

“As the coach has mentioned‚ we all know that Happy Jele is the captain of the club‚” said Hlatshwayo as Pirates prepared to face Celtic‚ a side appearing in their second cup final in less than three months.

The Bafana Bafana captain said the current Pirates team has the quality and desire to win the first trophy for the club in about six years.

“Looking at the team that we have‚ I think we have a lot of characters‚ personnel and leadership and we can challenge‚” he said. “As much as I am the captain on the field and the one who is wearing the captain’s armband‚ I am not doing it alone. I am doing it with the team and we need to have togetherness.

“But the attitude is good in the camp and the training sessions have been good.”

Zinnbauer‚ who is celebrating his one-year anniversary as Pirates coach on Thursday‚ said,    “My experiences have been good. We have a chance to go to the Caf Confederation Cup‚ which was a target. We chased other teams in the league last season and at the end of the day we managed to finish third on the log.

“I don’t know when Pirates last played in the final of the MTN8‚ maybe seven or eight years ago‚ but it's my first chance to play in the final. We have to do all we can to win but we have an opponent who wants the same. What is important now is to prepare the team.

“I am happy that we have the final. It was hard work for us where we faced tough games along the way. We will do our best to win this match but we have a tough opponent who won against Sundowns. We have information about [Celtic] but the good thing is that the mood in camp is good and we are going in the right direction.”