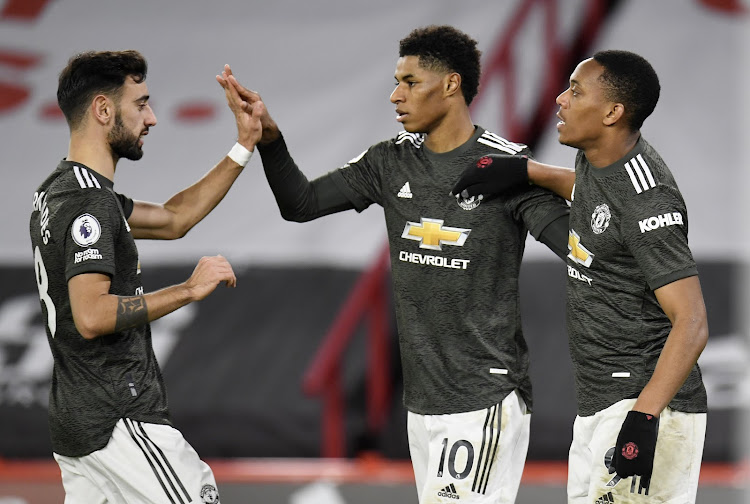 Manchester United are capable of winning big trophies and need one final push to bridge the gap to Europe's elite clubs, forward Marcus Rashford has said.

United have not lifted a trophy since 2017, when Jose Mourinho guided them to League Cup and Uefa Europa League success, while their last Premier League triumph came in 2012-13 under Alex Ferguson.

Under Ole Gunnar Solskjaer, United reached the semi-finals of the Europa League, FA Cup and League Cup last season and Rashford believes it is only a matter of time before they get their hands on silverware.

"I believe that the team that we have now is capable of winning big trophies," the England forward told the official Manchester United podcast on Saturday.

"We are not quite there but I feel like we are close. We just need to make that final push to be a team that can win trophies and fight for everything.

"In the big games, we go toe-to-toe with any team and we know that we can do it.

"We have confidence on the pitch that we can beat them, whether it is Liverpool, Manchester City or Paris St Germain."

United are seventh in the Premier League on 23 points, eight points adrift of leaders Liverpool with two games in hand, and Rashford is confident his side can wipe away the deficit with a strong run in the festive period.

"We have to go back to spells where it's worked, where we've won 10 or 11 games, and just do it again," Rashford said.

"We have to show that we're ready to step up and be that team that's going to be fighting for the title."

Brazil soccer great Pele has paid tribute to Lionel Messi for equalling his goal-scoring record for a single club after the Argentine forward netted ...
Sport
9 months ago

Consistency is king, and in Themba Zwane we might have a monarch

We have seen so many one season wonders in our top flight, it's unbelievable - but Zwane could finally buck the trend.
Sport
10 months ago

The body of late soccer great Diego Maradona “must be conserved” in case his DNA is needed in a paternity case, an Argentine court ruled on Wednesday.
Sport
10 months ago

Kaizer Chiefs players will spend their Christmas break on the wrong side of the DStv Premiership table after they were held to a 1-1 draw by ...
Sport
9 months ago

A better goal difference may be all that will ensure that Mamelodi Sundowns finish 2020 on top of the DStv Premiership after squandering an early ...
Sport
9 months ago