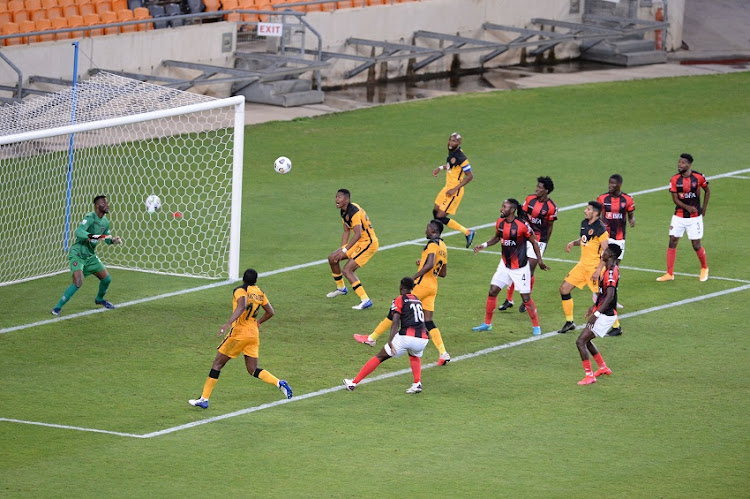 Kaizer Chiefs are counting the escalating costs of their trip to Angola to meet Primeiro de Agosto‚ with Covid-19 pushing the amount they will have to pay far higher than a normal Caf Champions League away outing.

Angola has shut its borders to SA due to this country’s rapidly rising Covid-19 numbers but the SA Football Association (Safa) has negotiated‚ and are close to confirming‚ special dispensation for Chiefs to travel to Luanda on Sunday for their second leg game on Tuesday. Chiefs drew the home match 0-0 at FNB Stadium last Wednesday.

With no commercial flights available to Angola due to the border shutdown‚ Amakhosi will have to arrange an expensive charter flight from Johannesburg to Luanda.

Then there is the cost of Covid-19 tests in South Africa – about R850 per travelling person – and then again in Angola to return home‚ which Chiefs are informed could apparently cost the club a staggering R4‚000 per person.

Chiefs’ travelling party from SA for continental outings can be as many as 40 people‚ including a 20-man squad‚ eight technical staff‚ football manager Bobby Motaung‚ communications staff‚ and crew of the Kaizer Chiefs TV show.

Even if they trim down to 35‚ the Covid-19 tests alone will cost the team about an additional R170‚000 that would not be factored into the travelling costs for a Champions League away game in normal circumstances‚ where such trips can cost R1.5m to R2m.

Adding the cost of the charter flight‚ plus the factor that Luanda is a notoriously pricey city on the African continent‚ with expensive hotels and food‚ and that Confederation of African Football regulations are for each player to have their own room‚ and Chiefs are expecting a hefty bill for the trip.

Safa have argued for Angola to allow Chiefs into Angola, as time did not allow Amakhosi or Primeiro to find an adjoining neutral venue to play at.

Chiefs and Primeiro are meeting in the first found‚ the second stage after the preliminary round‚ where Amakhosi beat PWD Bamenda of Cameroon 1-0 on aggregate. The winners of the first round tie enter the 2020-21 group stage.

The year 2020 was‚ as anyone who has not been living under a rock‚ and in this year one would not blame anyone for having actually found a nice ...
Sport
1 year ago

It has been a trying start to Gavin Hunt’s tenure at his first big three club‚ and the biggest of them all‚ Kaizer Chiefs.
Sport
1 year ago

Kaizer Chiefs will have to play out of their skins in the second leg of their Caf Champions League tie against Primerio de Agosto after failing to ...
Sport
1 year ago