Mokwena reveals what Sundowns expect from his ex-team Pirates 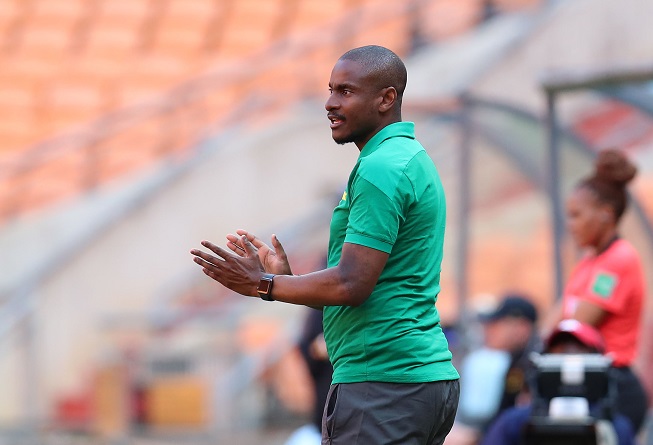 The time provided them by the DStv Premiership's Christmas break has allowed Mamelodi Sundowns' coaching trio to go deeper into their analysis of Orlando Pirates, Downs co-coach Rulani Mokwena has said.

Sundowns and Pirates open the PSL's return to action with a cracking fixture at Loftus Versfeld on Saturday (kickoff 3.30pm), and Mokwena gave some insight into some of the aspects of his ex-team that he and his fellow co-coaches, Manqoba Mngqithi and Steve Komphela, will be looking out for.

Sundowns and Pirates both last played in 2020-21 Caf Champions League first round action on December 22 — the Brazilians beating Botswana's Jwaneng Galaxy 2-0 away, and Bucs winning 1-0 against Sagrada Esperanca in Angola.

“We have already started watching Orlando Pirates. We started immediately already after Jwaneng, and because we have had a few weeks now it's given us more time to go into a more detailed analysis,” Mokwena said.

“Normally when you go from game to game and there's a lot of fixtures you would probably just go into the last three matches of the opponents. We've gone into the last five, or maybe six even.

“We tried to check on their match against the team from Angola, which was slightly different from the team they lined up in the domestic competitions.

“And of course they've been very consistent with their line-up, apart from a few changes in the games against Chippa, Cape Town City and the [MTN8] final against Bloem Celtic. These three matches they made one or two players but, of course, maybe due to medical and injury concerns.

“They have got certain schemes that they are also very consistent with. They have got a very different methodology and a profile of a playing system to what there had been in the past few years so something that is more transitional now.

“And of course you've got to understand and respect that, because they've got speed on transition with the key players to make important decisions in those sort of moments.

“And ja, they've also got a threat on set pieces, with key players with qualitative superiority to make important actions in set pieces.

“We've prepared to look at how they defend. We know how it's very different when Wayne Sandilands plays [at goalkeeper] to when Richard Ofori plays.

“The build-up is very different, even though they have always consistently developed the four options of building up from the back with the new coach.

Sundowns are the Premiership leaders on goal difference from promoted revelations Swallows FC with five wins and three draws from eight matches. Fifth-placed Bucs are also unbeaten, and also very much title contenders with three victories and four draws from seven games.

New signing Mothobi Mvala's two goals in two games have seen the burly Bafana Bafana attacker put up his hand and show that he is Mamelodi Sundowns ...
Sport
11 months ago

Thulani Hlatshwayo is looking forward to playing in one of his biggest matches since he joined Orlando Pirates ahead of the start of the 2020-21 ...
Sport
11 months ago

Orlando Pirates coach Josef Zinnbauer is bracing himself for a “special DStv Premiership tie” in the first round of 2020-21 season as his side line ...
Sport
11 months ago