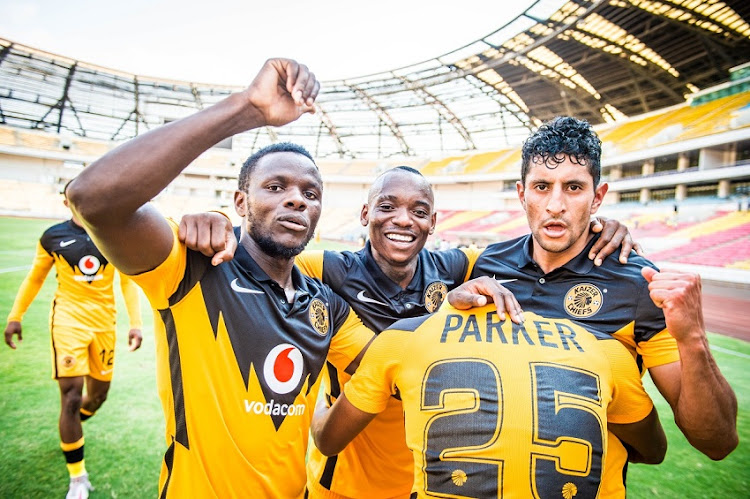 Finally‚ after 24 years of trying‚ and very often not trying‚ Kaizer Chiefs have reached a first-ever Caf Champions League group stage‚ wrapping up a 1-0 aggregate win against Primeiro da Agosta in Luanda‚ Angola on Tuesday.

Chiefs were self-assured and a picture of structure playing to a simple‚ solid‚ fighting gameplan tailor-made for continental football to become the first South African team to beat Primeiro in Angola. Amakhosi’s 1-0 second-leg victory in the first round tie saw them into the 2020-21 group phase.

Chiefs recovered from a 0-0 win at FNB Stadium on December 22. In a season where domestically it has all gone wrong for the club and new coach Gavin Hunt‚ Amakhosi made two not-so insignificant pieces of Champions League history with a clinical win at Estadio 11 de Novembro – venue of the 2010 Africa Cup of Nations final.

Astonishingly‚ this is Chiefs’ first group stage since Caf renamed the Champions Cup the Champions League and added a league phase in 1997.

That it comes in such a trying season in the DStv Premiership‚ where Chiefs have won once in eight games and are in 13th place‚ perhaps should not be as surprising as it sounds.

Amakhosi must surely have largely written off their league season as Hunt rebuilds – without the luxury of signings due to Fifa's two-window transfer ban.

With the coach forced to throw in youngsters‚ and the club by all accounts having resigned themselves to building in that vein for coming seasons‚ the Champions League‚ and accompanying experience players can gain from it‚ could be the best possible platform for such an enterprise.

Also‚ perhaps Chiefs and their new technical team have finally brought the club to a realisation after an unprecedented five years without a trophy that their big three rivals‚ Orlando Pirates and more so Mamelodi Sundowns‚ achieve domestic success as a spin-off of building squads aimed at being competitive on the continent.

South Africa’s biggest- supported club might just have finally had their eureka moment that they need to match their stature with continental ambition to be considered among Africa’s elite.

Chiefs surely do not have a squad right now capable of making inroads past the group stages. But reaching them seems a Neil Armstrong “big step for Amakhosi” moment on the path to perhaps eventually reaching that point.

Khama Billiat was in form on the afternoon‚ and a handful to Agosto with his pace and beautiful control‚ including setting up ex-Sundowns partner in crime Leonardo Castro’s 41st-minute strike.

Hunt had the adventurously young partnership of youth products Darrel Matsheke and Njabulo Blom in his midfield‚ and the duo played beyond their years‚ patrolling in front of the defence and assuredly turning defence into counterattack.

Amakhosi had discipline and shape to make life difficult for Agosto in the first half. The Angolan club had their chances‚ but the Soweto side made sure they produced as many in the other direction‚ often on the counterattack.

On one such counter‚ Billiat sprinted out onto a ball played out of defence, into space down the left‚ advancing to the goal-line and crossing for Castro in the middle who finished past goalkeeper Tony to give Amakhosi the lead in a critical phase.

Unsurprisingly‚ Chiefs slowed the game right down coming out for the second half. The back four calmly snuffed out signs of danger when a tiring Primeiro attacked‚ and the midfield continued to look for situations that could extend the lead.