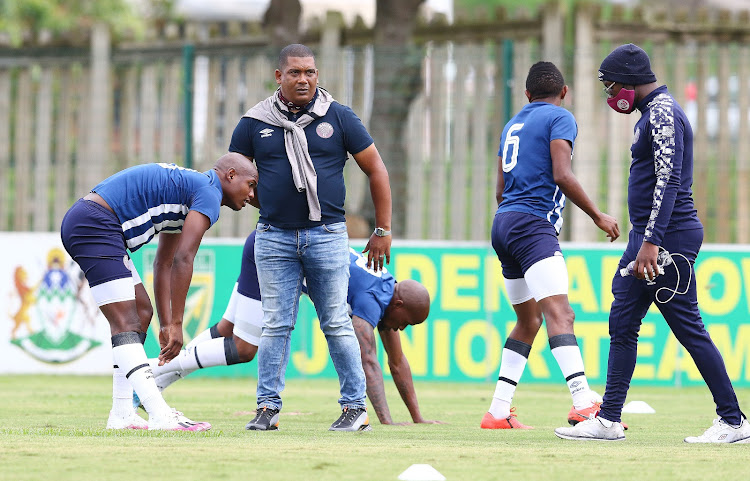 Swallows FC may have preserved their unbeaten run‚ won a sixth DStv Premiership tie and remain in the second spot‚ but for coach Brandon Truter there are a few frailties his side must deal with ahead of their big fixture against Orlando Pirates on Sunday.

The Dube Birds beat Cape Town City 3-2 at the Dobsonville Stadium on Tuesday‚ a third straight league victory for Truter’s team‚ who were promoted from the GladAfrica Championship at the end of last season.

Truter was‚ however‚ far from impressed after Swallows lost concentration and nearly allowed City to grab a point having taken their foot off the pedal in the second period after going into the break leading 2-0 via Ruzaigh Gamildien’s brace.

Gamildien is now on top of the Premiership goal-scorer’s chart with seven goals‚ level with Themba Zwane of Mamelodi Sundowns‚ Bradley Grobler of SuperSport United and City’s Mduduzi Mdantsane‚ who also netted twice on Tuesday.

“Pirates are a very different kettle of fish.

"I think they’re a very dynamic‚ very offensive-minded team. I think it’s going to be very different to what we’ve faced‚” Truter said after his side allowed City to score in the extra time to force a nail-biting finish in Soweto.

“I think the Sunday game will be a very good test of our character and strength in this league. We’ll prepare as best as we can because it’s their home game.

“And so‚ ja‚ with their previous result as well [Pirates lost 1-0 to Sundowns]‚ I think they’re a bit under pressure to get the result and also I think they’ll be playing their first match this week.

“So they’ll be the fresher team and they have their backs to the wall – they’ll come out guns blazing.

"It’s a about us‚ keeping it very tight at the back.”

Swallows had not conceded more than one goal this season before Tuesday’s game and have looked reasonably solid in defence‚ letting in five goals in nine matches in which they’ve scored 13.

Mamelodi Sundowns booked a place in the group stages of the Caf Champions League with a 3-1 first round, second leg win over Jwaneng Galaxy of ...
Sport
1 year ago

SuperSport United coach Kaitano Tembo is worried about what to expect from Chippa United‚ who recently appointed Dan ‘Dance’ Malesela as head coach ...
Sport
1 year ago

Khama Billiat‚ who played a starring role in Kaizer Chiefs’ 1-0 win against Primeiro da Agosta on Tuesday to put the Soweto club through to their ...
Sport
1 year ago

'Pirates, you are next' - Mzansi blown away by high-flying Moroka Swallows