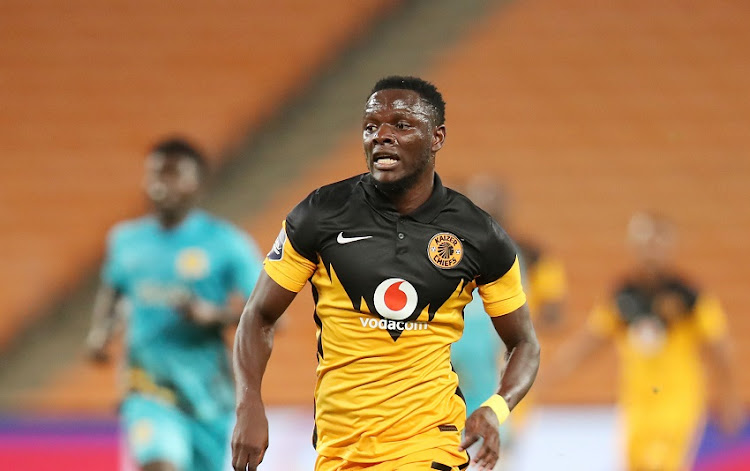 “It’s going to be an emotional game‚ but business is business. We’ll talk on the pitch‚” the Zambian forward said.

Chiefs go into the game on the back of perhaps their most morale-boosting result yet of a so far dismal start to 2020-21 having become the first South African club to beat Primeiro da Agosto in Angola on Tuesday‚ reaching an astonishing first group stage in the Caf Champions League for the Soweto giants.

Chiefs’ new coach Gavin Hunt‚ hampered by a two-window Fifa transfer ban‚ has struggled so far to reach anywhere near the heights Middendorp did in 2019-20 being pipped to runners-up by Mamelodi Sundowns on the final day.

Khama Billiat‚ who played a starring role in Kaizer Chiefs’ 1-0 win against Primeiro da Agosta on Tuesday to put the Soweto club through to their ...
Sport
1 year ago

The intention in the Champions League seems to provide a tough finishing school to some of the youngster Hunt is being forced to throw in to an ageing Chiefs squad that has shown clear signs of being in need of rejuvenation‚ and boosting confidence competing against Africa’s best.

Chiefs will be hoping that transfers into some form of domestic form soon‚ as they wallow in 13th place in the PSL from a single win gained from eight matches.

“I’m happy with the result. I’m happy that we have qualified to the group stages of the Champions League‚” Kambole said.

“It wasn’t an easy game. For a few games we have not been doing well. But we fought in Angola‚ and this game has given us the confidence in the next game.

“It’s not going to be easy [adjusting back to the PSL]. Of course it’s different form the Champions League because the PSL has got its own style of play.

“We know what the PSL is all about. We are prepared‚ we are soldiers and we are ready.”

Maritzburg have had even greater tribulations and are in second-last place‚ though did finally notch a first win in Middendorp’s fourth match since he dropped a new assignment at St George in Ethiopia to return to United for a third stint‚ replacing Eric Tinkler.

Finally‚ after 24 years of trying‚ and very often not trying‚ Kaizer Chiefs have reached a first-ever Caf Champions League group stage‚ wrapping up a ...
Sport
1 year ago

Ex-Chief Keagan Buchanan was impressive in the KwaZulu-Natal team’s 2-1 home win against Bloemfontein Celtic on Saturday.

Kambole‚ who has struggled to make an impact arriving at Chiefs with a big reputation from Zambia’s Zesco United a year-and-a-half ago‚ put in a disciplined performance starting against Primeiro‚ and will hope for a second appearance on the team sheet against Maritzburg.

“I just have to continue working extra hard and believing in what I can do on the pitch. I’m on the right track and by the grace of God I will start scoring‚ and things will get back to normal‚” the talented forward said.