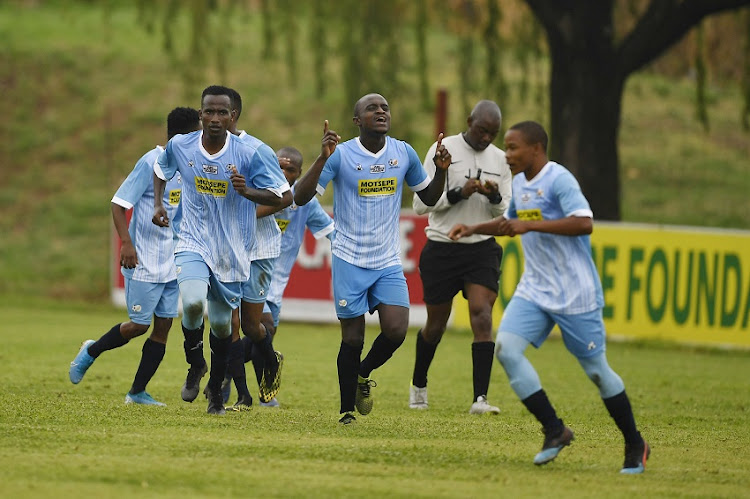 Mamelodi Sundowns will begin the defence of the Nedbank Cup at home against Stellenbosch FC while last season’s losing finalists Bloemfontein Celtic will travel to meet Cape Town City in the Mother City in the last-32 fixtures.

The draw in Johannesburg on Thursday night pitted only the 16 teams campaigning in the DStv Premiership and the 16 GladAfrica Championship sides against each other‚ with no-one seeded for the last-32 in the first week of February.

This was after the SA Football Association (Safa) told the Premier Soccer League it was unable to produce the usual eight amateur teams this year due to their leagues being cancelled because of Covid-19.

“Safa has wished the PSL good luck for the competition‚” the PSL said in a statement posted a few hours before the draw on Thursday night.

“The PSL has discussed the matter with Nedbank and agreed that the only appropriate way is to restore the eight GladAfrica Championship teams [Jomo Cosmos‚ Cape Umoya‚ Uthongathi‚ CT All Stars‚ University of Pretoria‚ Bizana Chiefs‚ Polokwane City and Pretoria Callies] recently knocked out in the qualification competition‚” the PSL statement added.

Record 13-time winners Kaizer Chiefs will be at home against Richards Bay United while their Soweto rivals Orlando Pirates will try to win the cup they last won six years ago by getting past another KZN First Division outfit‚ Uthongathi.

Swallows, who have started the current league campaign like a house on fire after returning to the big time from five years spent in the lower league wilderness‚ will also have a home fixture, against Cape United.

First Division teams are guaranteed at least four sides in the second round as Bizana Pondo Chiefs were drawn against Cape Town All Stars‚ JDR Stars will meet University of Pretoria‚ Polokwane City play Steenberg United and Pretoria Callies meet Royal AM.

Lamontville Golden Arrows were drawn against AmaZulu in one of the three local derbies produced by the draw.

Last-32 matches will be played in the first week of February. PSL to confirm dates and venues later.

A disappointed Benni McCarthy has taken positives from AmaZulu’s 1-0 DStv Premiership loss to Kaizer Chiefs in Durban on Wednesday.
Sport
1 year ago

Percy Tau’s Premier League debut‚ starting in Brighton and Hove Albion’s 1-0 defeat to Manchester City on Wednesday night and showing flashes of his ...
Sport
1 year ago