Chiefs coach Hunt insists Pirates are the furthest thing from his mind: 'I don’t even think about the derby' 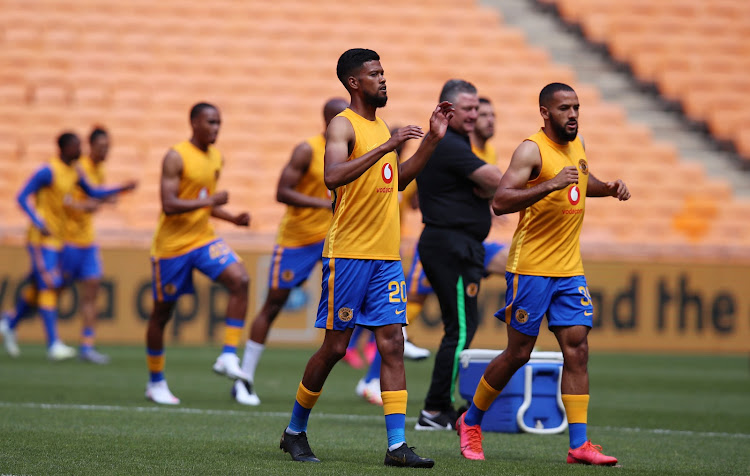 Kaizer Chiefs will be looking for revenge after their Soweto rivals Orlando Pirates embarassed them earlier in the season.
Image: Muzi Ntombela/BackpagePix

The Soweto derby is the furthest thing from Kaizer Chiefs coach Gavin Hunt's mind and he insists that he is not thinking about the looming date against Orlando Pirates.

Chiefs face Pirates at Orlando Stadium in a highly anticipated match on Saturday but Hunt maintains that he is totally focused on Tuesday afternoon's league encounter against Baroka FC rather than on his club's traditional rivals.

“I don’t even think about the derby‚ I mean we’ve got Baroka on Tuesday‚” Hunt said after his side stretched their unbeaten run to four matches after drawing 0-0 against Stellenbosch FC in Stellenbosch on Saturday.

Pirates embarrassed Chiefs 3-0 and 2-0 in the two legs of the MTN8 semi-final last year‚ in a competition that the Buccaneers went on to win to end a six-year trophy drought.

The Chiefs coach said he is more worried about building on to their current form‚ which has taken the club to seventh place on the standings and ten points behind leaders Mamelodi Sundowns [27 points] after 13 rounds.

“You ask any football coach in any team‚ he will tell you ‘we want to score more goals and concede less goals’.

“We wasted it [on Saturday in the goalless draw against Stellenbosch FC]‚ but it is okay because we could have [also] lost [the game].

“We missed the most important thing‚ which is to score goals. We need to bury those chances because you win more than you lose [when you score].

“I thought it was a good performance at times‚ you know‚ when they [Stellenbosch] got a lot of players defending. They play like that.

“If we have an end product we won’t have the ball turning over‚ but it takes time to understand what I want. You can’t turn the ball over without having an end product.”

The president of São Paulo football club condemned a violent assault on their team bus on Saturday in what appeared to be a reaction to the club’s ...
Sport
1 year ago

To praise this man requires borrowing a line from the celebrated poet Kahlil Gibran: “A comrade of justice; a lover of honesty; fighter for dignity ...
Opinion & Analysis
1 year ago

Megan Rapinoe says Olympics cancellation would devastate her, US team

World Cup winning US midfielder Megan Rapinoe said she would be "devastated" if this year's Tokyo Olympic Games are cancelled due to the Covid-19 ...
Sport
1 year ago

Chelsea have sacked manager Frank Lampard after a run of five defeats in eight league games left the London side ninth in the Premier League ...
Sport
1 year ago

Kaizer Chiefs goalkeeper Itumeleng Khune's absence from the starting lineup has raised eyebrows among the club’s fans but coach Gavin Hunt says his ...
Sport
1 year ago