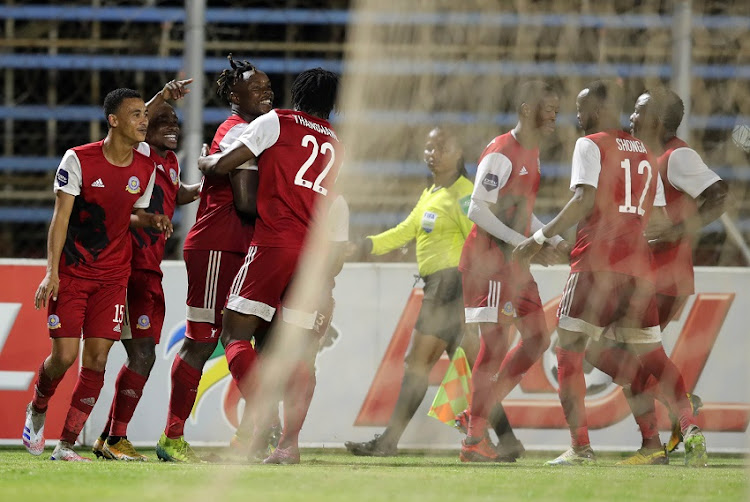 The new owner of Tshakhuma Tsha Madzivhandila FC (TTM) purchased the crisis-riddled club for around R40m and he says he will unveil the ambitious plans he has for the side at the end of the week.

Pharmaceutical businessman Abram Sello's acquisition of the troubled side was confirmed on Monday and he told TimesLIVE on Tuesday that he is planning to relocate the players from Thohoyandou to Polokwane.

“Unfortunately‚ I am going to disappoint you my brother because I can’t talk about this issue at the moment‚” he said on Tuesday.

“Let’s talk on Friday because I am going to release a full statement with the full details of our plans.

"We are going to reveal plans for the direction this club will be taking [going] into the future.

"Thanks for being in contact with us but this is the only thing that I am prepared to say for now because I don’t want to jump boundaries which I am not allowed to jump at the moment.

"I hope you understand.”

Sello‚ who was born in Sekhukhune in Limpopo‚ is no stranger to football as he owns a team in the ABC Motsepe League called Olezar.

He takes over the club from embattled Masala Mulaudzi‚ who bought the status of Bidvest Wits last season and was unable to run the club professionally during his short stay at the helm.

His rein was marked by numerous controversies that threatened to embarrass the League itself‚ leading to unhappy players who often came close to boycotting matches over unpaid salaries and numerous other complaints.

The rumours of an impending sale have been circulating for months but Mulaudzi furiously denied that the ownership of the club was on the verge of changing hands.

North West medical practitioner Sello Ntsoko was linked with the sale of the club at some stage but was pipped to the signature by Sello after failing to raise enough money to conclude the deal.

The Premier Soccer League (PSL) executive committee is expected to approve the transaction by the end of the week‚ giving Sello full control of the club.

The new owners and coach Joel Masutha are faced with a mammoth task on their hands as TTM are languishing at the bottom of the DStv Premiership standings with only one win after thirteen matches.

Their next game is against Bloemfontein Celtic at the Dr Petrus Molemela Stadium on Saturday and they will be hoping for a morale-boosting win after the distress of the last few weeks.

Supersport United moved up to second place on the premiership standings after they beat troubled Tshakhuma Tsha Madzivhandila at the Thohoyandou ...
Sport
1 year ago

Kaitano Tembo has highlighted recovery and trying to be as fresh as possible as two key ingredients ahead of SuperSport United’s next DStv ...
Sport
1 year ago

The South African Football Players Union (Safpu) has stepped in at controversy-riddled Tshakhuma Tsha Madzivhandila (TTM) in a bid to address the ...
Sport
1 year ago

Chiefs coach Hunt on Mashiane: I liked him from the day that I saw him because he’s my type of player

Kaizer Chiefs coach Gavin Hunt knows his team are a work in progress‚ but has taken much satisfaction from the emergence of some of the youngsters ...
Sport
1 year ago

TTM insist they will show up to face Kaizer Chiefs: 'There’s no such boycott by the players'

Tshakhuma Tsha Madzivhandila (TTM) insist that they are not facing the threat of a strike and the players will show up at FNB Stadium on Tuesday ...
Sport
1 year ago

Kaizer Chiefs are now on something of a roll – well, at the very least a mini-loaf – convincingly notching a third successive DStv Premiership win, ...
Sport
1 year ago