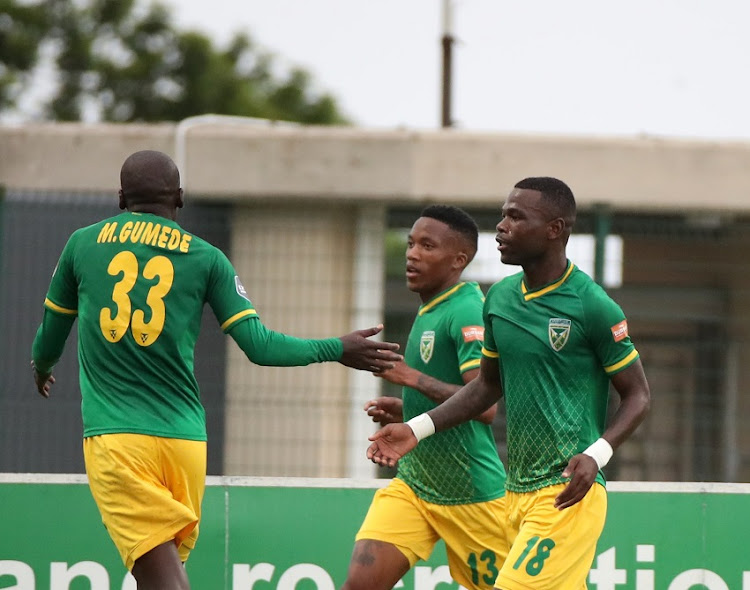 Orlando Pirates continue to be a model of inconsistency, after a tough Soweto derby win at the weekend with Wednesday evening’s 2-0 DStv Premiership defeat to Lamontville Golden Arrows at Sugar Ray Zulu Stadium in Clermont, Durban.

Quick 27-year-old left winger Pule Mmodi — who has earned game time and been a constant threat in Arrows’ front line this season, but scored just once — made that three goals in 2020-21 with scores in the 33rd and 67th minutes.

Thembinkosi Lorch missed a penalty for Pirates in the 58th.

Bucs skidded to third defeat of the season on the wet and slippery, but smooth surface that had held up well in the downpours that have hit KwaZulu-Natal and Gauteng, in a match played in more rain.

Orlando Pirates coach Josef Zinnbauer has showered his team with praise after the players claimed the Soweto derby bragging rights against Kaizer ...
Sport
1 year ago

It was, though, also a third loss in Bucs’ last nine unconvincing matches, which include three draws and three wins, as the pressure perhaps mounts on coach Josef Zinnbauer.

Mandla Ncikazi had overseen Arrows’ good start of just one defeat from 13 matches to be in sixth place, with a game or two in hand on the leading teams, coming into the game. The coach made one change, Thabani Zuke coming into central defence for captain Matome Mathiane, who got a knock in Arrows’ 2-1 home KZN derby win against Maritzburg United on Saturday.

With so many personnel changes, plus a change to a 3-5-2 system, it seemed no surprise when Pirates struggle for rhythm, even with difficult conditions underfoot, in the opening half. Arrows looked sharper in the endeavour of opening the opposition.

Abafana Bes’thende’s first chance came in the 10th minute from an efficient, sweeping build-up. Ntsako Makhubela chipped into the area from left midfield and the run from deep of Seth Parusnath to beat offside was not picked up by Bucs. The midfielder neatly brought down, and teed up Knox Mutizwa, whose strike forced a solid stop from Richard Ofori.

Orlando Pirates work hard to tough out a victory against Maritzburg

Orlando Pirates put together a more disciplined‚ effective performance to notch a second win from their last six matches‚ clinically if ...
Sport
1 year ago

Arrows opened the scoring when Michael Gumede’s quickly taken throw-in on the left caught Bucs flat-footed, and Nyauza out of position behind Mmodi, who was able to run through on the left of the box and strike past Ofori from a tight angle.

Pirates, more purposeful in structure and attack, had a perfect opportunity to equalise from the spot. Fortune Makaringe had the ball in the net but from an offside position, referee Tshidiso Maruping though noting that Zuke had been unable to remove his arm from connecting Deon Hotto’s chip through. Lorch leaned back on the spot-kick, which blazed over.

Almost inevitably, soon after that Arrows made it 2-0. Zuke’s punt upfield from deep in his half found Mmodi on the wrong side of three Bucs defenders, and able to outpace Ndlovu to run through and beat Ofori.

Kaizer Chiefs coach Gavin Hunt had no doubts after his team’s 2-1 Soweto derby defeat to Orlando Pirates on Saturday‚ expressing in no uncertain ...
Sport
1 year ago

Orlando Pirates coach Josef Zinnbauer has named a starting line-up for the much-anticipated Soweto derby against Kaizer Chiefs at Orlando Stadium on ...
Sport
1 year ago