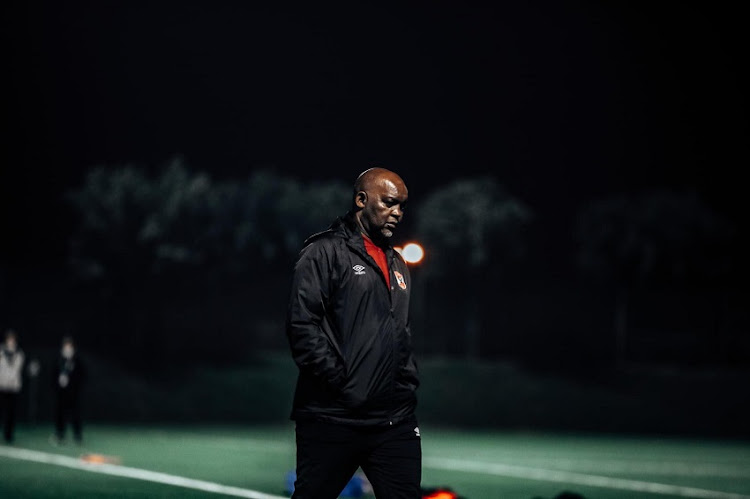 Al Ahly will aim to “have fun” against Bayern Munich in their Fifa Club World Cup semifinal on Monday‚ said Red Devils coach Pitso Mosimane‚ who downplayed his team’s chances but admitted that a win could be life-changing for the Egyptian giants.

Ahly beat host club Al-Duhail of Qatar 1-0 at Education City Stadium in Al Rayyan in Thursday night’s second-round encounter to set up a tasty semifinal on Monday between the African champions and star-studded European champions Bayern.

In the build-up to Fifa’s premier club showpiece, Mosimane has consistently aimed to downplay Ahly’s chances should they progress to meeting Bayern‚ amid high expectations from Ahly’s fanatical supporter base.

He admitted in his post-match press conference on Thursday night that stunning upsets “do happen” in football‚ and pointed out that all the pressure is on the great German club‚ though he continued to downplay the match-up as essentially a mismatch.

“Bayern Munich‚ we should have fun I think. We have nothing to lose but everything to gain. Imagine we win that match – our lives will turn around‚” Mosimane chuckled.

“OK‚ we did the same in Africa – we won everything. The treble. But they are Bayern.

“Bayern have got pressure‚ they must beat us. We don’t have pressure. So we are going to have fun.

“Maybe frustrate them a little bit‚ and see how it goes. It would be nice to take them to penalties and it’s 50/50‚” Mosimane laughed.

TP Mazembe of the Democratic Republic of Congo remain the only African team to reach the Club World Cup final in 2010‚ where they lost 3-0 to Inter Milan.

Ahly’s treble in 2019-20 – for which Mosimane arrived at the crucial tail end in a bombshell move from Mamelodi Sundowns – of the Egyptian Premier League‚ Egyptian Cup and Caf Champions League‚ has left Ahly supporters demanding a strong showing at the Club World Cup.

Mosimane pointed out‚ though‚ that manager Hansi Flick’s Bayern are a special combination.

“If that team can beat Barcelona 8-2 [in the 2019-20 Champions League quarterfinals]‚ and Barca have Lionel Messi on the pitch‚ who are we? We are just here to have fun‚” Mosimane said.

“For Bayern‚ I don’t know guys‚ what can we say. They have got all the great football players.

“But you know how football is. Football has got its own mysteries and you ask yourself‚ what happened?

“These things do happen. I think you will remember Leicester City won the English Premier League. Maybe it will never happen again in our lifetimes. But it has happened.”

Bayern won all six games in the Uefa Champions League group stages‚ scoring 24 goals and conceding five. They beat Chelsea 7-1 on aggregate in the last-16.

In the single-leg remaining knockout stage matches they thrashed Barcelona 8-2 in the quarterfinal‚ Lyon 3-0 in the semifinal and Paris St-Germain 1-0 in the final.

The coach of Egyptian second division club Tanta‚ Reda Abdel-Aal‚ has been sacked a day after becoming the latest former Al Ahly player to voice ...
Sport
9 months ago