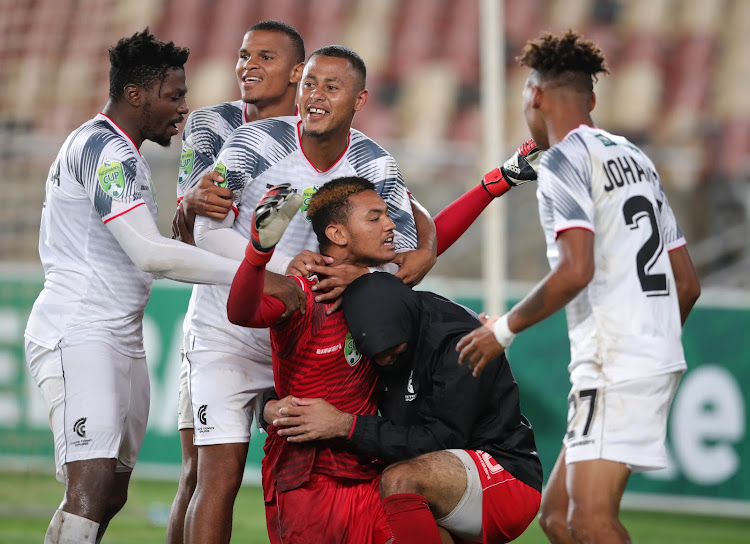 Defending champions Mamelodi Sundowns were drawn against Polokwane City in the last 16 stage of the Nedbank Cup during the draw conducted by the PSL on Monday evening.

Orlando Pirates were pitted against Maritzburg United and the other interesting clash of the round saw struggling Tshakhuma Tsha Madzivhandila FC (TTM) drawn against highflying Swallows FC.

The draw also produced a potentially explosive Cape derby between Cape Town All Stars and Cape Town Spurs who sneaked into the next stage after a penalty win over Baroka FC on Monday afternoon.

Spurs progressed after they prevailed 5-4 in a penalty shoot-out against Baroka in wet conditions at the Peter Mokaba Stadium in Polokwane to be confirmed as the 16th team for the next round.

Swallows‚ who are unbeaten in the league‚ will travel to Thohoyandou to confront TTM while Chippa United will play host to Cape Town City with Black Leopards welcoming AmaZulu in another all Premiership fixture list.

The glaring absence was Kaizer Chiefs who were bundled out of the tournament by GladAfrica Championship side Richards Bay on Sunday.

The Natal Rich Boyz‚ as Richards Bay are affectionately known‚ will take on fellow GladAfrica Championship side TS Sporting and the draw also produced a Championship Pretoria derby after high flyers Pretoria Callies were pitted against JDR Stars.

Dates‚ kickoff times and venues of the round of 16 will be confirmed by the league in due course.