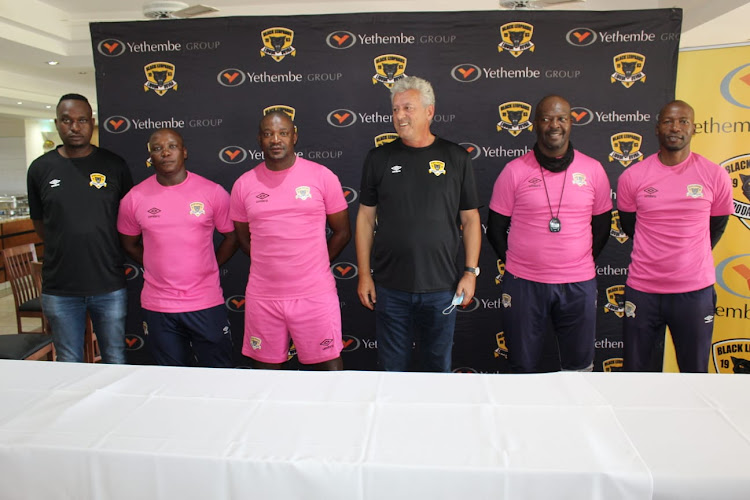 Papic‚ whose resignation as coach of Ghanaian side Hearts of Oak was reportedly accepted three days ago‚ returns to Lidoda Duvha to work with coaches Lehlohonolo Seema‚ Morgan Shivambu and Mongezi Bobe in the first team.

“We have decided to rope in Kosta Papic as a technical manager to come and impart his knowledge to these young coaches as we plan for the future‚” said Leopards senior official Tshifhiwa “Chief” Thidiela on Thursday.

“Our issue is not only because we are occupying position 16th on the log‚ which is threatening our survival in the Premier League‚ but is to plan ahead.

“His responsibilities will mainly be to be in charge of coaching and all the technical issues from the first team going down to the development. I think our youngest team is under-6.

“We are not bringing him to try and move anyone.

"I know generally in football when somebody else is brought in as technical manager or technical director‚ it becomes like a plan to try and move someone out.

“I think also our technical team is still very thin and we would want to capacitate it further and he will be the one who will advise us on where we need to boost.”

Papic is not the coach but will sit on the bench and work with the Seema‚ Shivambu and Bobe in team selection.

His mission is to turn Leopards’ situation around‚ having won twice‚ drawn three times and lost nine of 14 matches for just nine points in a disastrous opening half of the 2020-21 Premiership for Leopards.

“I am confident that we are going to turn the fortunes of the club around because we have a good squad and technical team.

"We just need to work together and get the job the done – if I didn’t believe it is possible I wouldn’t be here‚” Papic said.

He coached in 2004 to 2006 and includes Maritzburg United‚ Kaizer Chiefs‚ Tanzania’s Young Africans‚ Leopards‚ Chippa United‚ Polokwane City‚ Royal Eagles and eSwatini in a string of teams managed by the 60-year-old.

Mamelodi Sundowns coach Manqoba Mngqithi has warned attacking midfielder Phakamani Mahlambi to take charge of his career as he struggles to nail down ...
Sport
11 months ago

The well-oiled Mamelodi Sundowns machine continues to roll on.
Sport
11 months ago

Itumeleng Khune’s declining standards from one of the best goalkeepers in Africa to his current mistake-prone incarnation is “a concern” for ...
Sport
11 months ago

Kaizer Chiefs are just out of ideas, 10-man Amakhosi slumping to a 2-1 DStv Premiership defeat at FNB Stadium on Wednesday to a more alert, inventive ...
Sport
11 months ago