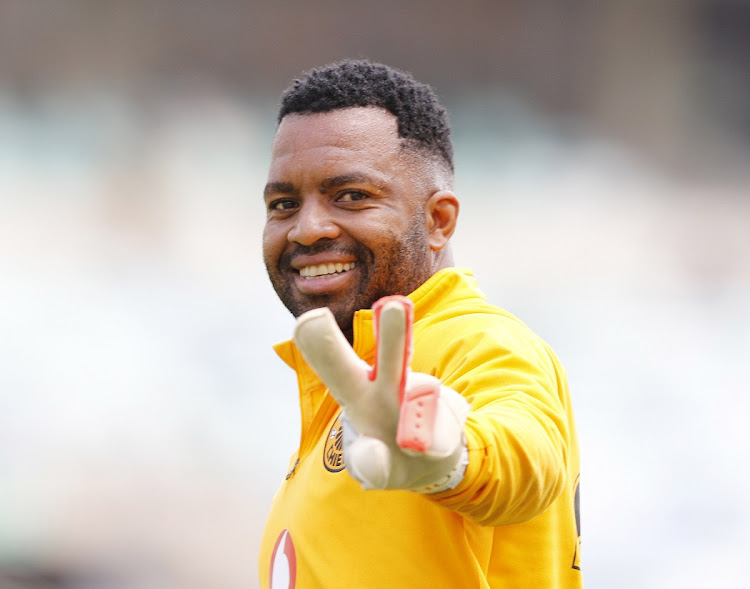 Khune returned to his spot between the poles after he lost his starting place to Daniel Akpeyi.

His absence drew speculation from fans, with some claiming he might even be nearing the end of his time at Amakhosi.

But his return at the FNB Stadium on Wednesday proved otherwise, despite Amakhosi losing to AmaZulu by 2-1.

Earlier this month, coach Gavin Hunt said Khune was a “hugely important” player to the team.

“He’s like any other player‚ he’s got to work hard. There’s no entitlement to a position at a club anywhere. So he’s working hard. He’s doing well. And when his chance comes again, hopefully, he grabs it. That’s the only thing I can say on the situation.”

On social media, fans rejoiced at Khune's return, saying he should grab it with both hands.

Here is a snapshot of some of the reactions

Im glad #Khune is back on the starting line up. Grab it with both hands #KaizerChiefs

@FloydShivambu seeing that u stuck in a #SONA2021DEBATE I thought I should just left u know that @AmaZuluFootball has scored and Khune is on the starting line up.

Khune motivated himself back to the starting line up. https://t.co/EoL4rIKq9o

Gavin Hunt Heard you. Khune is in the starting Line up

Happy to see Itu Khune, our legend, back in the stating lineup. #Amakhosi4Life | #DStvPrem pic.twitter.com/GHSEXAQiYS

Khune’s mistakes aside, the 3/4 defenders on the goal line? 🥅 pic.twitter.com/q8fUPYaGuR

With or without the armband, Khune will always be our captain!!! #DStvPrem pic.twitter.com/rpE8AZhL7J

Goalkeeper Itumeleng Khune remains a “hugely important” player to Kaizer Chiefs‚ even as he has lost his starting place between the posts to Daniel ...
Sport
1 year ago

"People age differently, what is so hard to understand?" he asked.
TshisaLIVE
1 year ago

Kaizer Chiefs and Bafana Bafana goalkeeper Itumeleng Khune is far from “finished” and must stay at Naturena to fight for his place in Amakhosi’s ...
Sport
1 year ago