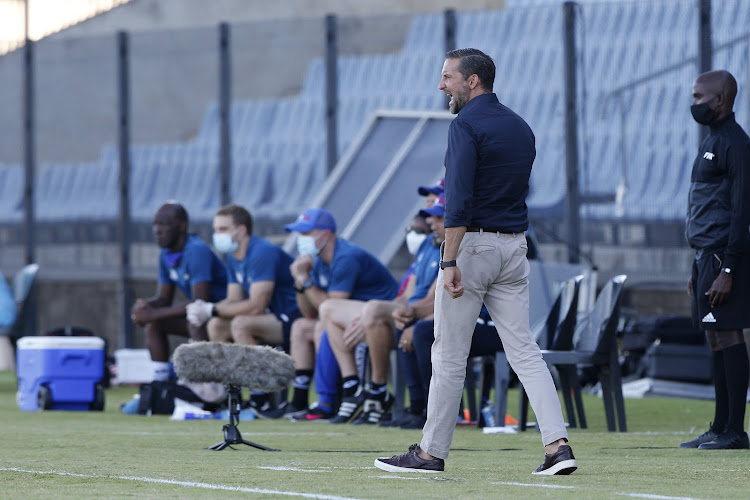 Zinnbauer is well aware that the Bucs will face a potential banana skin when they travel to KwaZulu-Natal to tackle the Pietermaritzburg side in a Nedbank Cup last-16 clash at the Harry Gwala Stadium on Saturday.

Though they are struggling at the foot of the DStv Premiership standings‚ Maritzburg are still capable of causing an upset and demolishing Pirates' chances of pursuing a second trophy of the season.

Maritzburg have only won one match in their last six in all competitions and this was against GladAfrica Championship side Sekhukhune United en route to this stage of the competition.

“We know that they are in the relegation zone but this game is not about the log standings‚ it is a cup match and cup matches are always different to league matches‚” said Zinnbauer.

Orlando Pirates avoided the big guns in the Caf Confederation Cup group stage but were still handed a relatively tough grouping during a draw ...
Sport
11 months ago

“We know that Maritzburg are faced with a situation where they must fight in all their games‚ especially at home. Having said that‚ we know this club and the coach and we also know that they work hard‚ they run and fight for results.

“This is a cup game where if you win then you are in the next round‚ we have to fight for all the space on the field.”

Pirates have been inconsistent this season and they find themselves six points behind log-leaders Mamelodi Sundowns in the league, having played two more matches.

Zinnbauer said there are various reasons behind the inconsistency.

“We had a situation where there were a lot of new players‚ and also we didn’t have a normal preseason. We had to integrate players and we had a lot of injured players.

“Today we have six attackers or offensive players out injured and this is not easy.

Orlando Pirates were the better combination over the 90 minutes, but had to settle for a 1-1 DStv Premiership draw toughed out against SuperSport ...
Sport
11 months ago

Brandon Truter is coming up with some additions to his gameplans at Swallows FC because he knows the second half of the season is always tougher.
Sport
11 months ago

Orlando Pirates will probably argue otherwise but they are unlikely to have spent sleepless nights agonising over visitors Jwaneng Galaxy as they ...
Sport
11 months ago