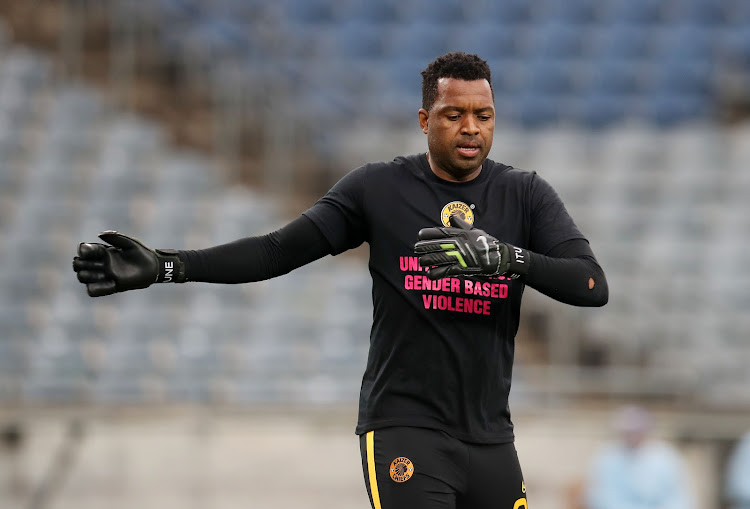 Mzansi has gone for the jugular, attacking goalkeeper Itumeleng Khune and coach Gavin Hunt after Chiefs lost their last game of the month on Sunday night, finishing February without a single win.

Twitter has been littered with videos of Khune’s blapses on the field after Amakhosi were handed a 4-0 defeat by Wydad Casablanca in the Champions League group match in Burkina Faso.

Why did Khune run inside the net instead of approaching the attack 🤔🤔🤔 https://t.co/AwRqssoPt6

Truth be told, Itu Khune, Mzansi's finest is not so fine anymore. Sadly Akpei is not much better either. Chiefs concede 4 away to Casablanca. Mphahlele is honestly a liability no matter where he plays in the KC defense. #CAFCL #KaizerChiefs #Livestream pic.twitter.com/n4BF0gGSYB

Khune was outplayed on several occasions, raising the ire of Chiefs fans who have again called for his head.

So Khune has conceded 18 goals in 12 games this season 😳 pic.twitter.com/x1xLXrt8V3

Gavin Hunt cannot be a bad coach overnight...
Those overrated players need to be fired.

Players are not serious pic.twitter.com/pGAtgCFP37

Loyalists put the blame on coach Hunt, hoping to offer a reprieve for their once-trusted goalie.

Here is some content for those fighting for Khune to stay pic.twitter.com/DhIFbTx6pV

#KaizerChiefs
Truly Speaking as much as we wanna blame Khune, that man was playing as a sweeper as well, even Akpeyi wasn't gonna save us, our defense is dead dead, at this moment not even @RealPitso1 can save Kaizer Chiefs, that team is broken from Management pic.twitter.com/RsCwxfRHfT

Gavin Hunt will be glad to see the back of February after the ailing club finished the month without winning a single match in all competitions on ...
Sport
1 year ago

Kaizer Chiefs will need the ball to “ricochet off somebody for us to score”‚ Gavin Hunt said‚ grudgingly accepting a second game in succession where ...
Sport
1 year ago

Kaizer Chiefs were dominant against a physical Horoya AC content to play a frustrating game, the home team unable to profit from their chances and ...
Sport
1 year ago