REVEALED: The players Kaizer Chiefs are eyeing as replacements after Gavin Hunt wields the axe 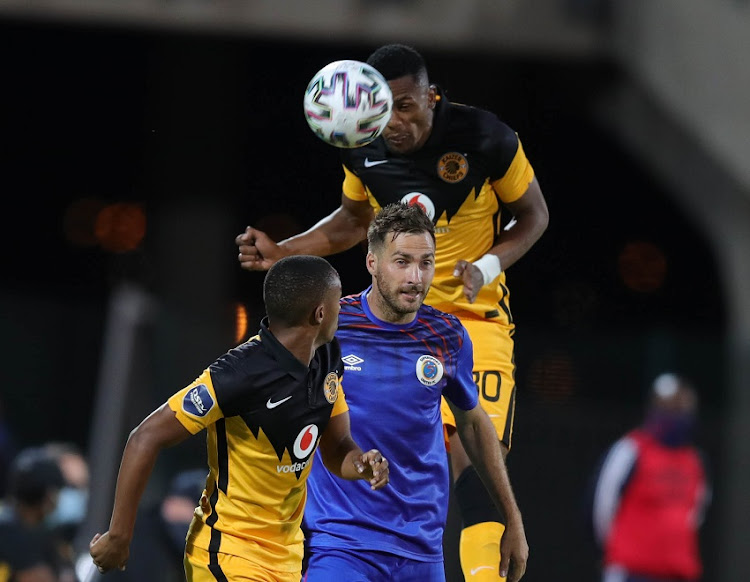 Kaizer Chiefs coach Gavin Hunt is preparing to wield the axe in what is expected to be a ruthless cull at Naturena at the end of the season.

An insider with intimate knowledge of developments at Naturena told TimesLIVE Amakhosi have identified Sipho Mbule of SuperSport United‚ Phathutshedzo Nange of Stellenbosch‚ Sifiso Hlanti of Swallows and unattached goalkeeper Brandon Peterson‚ among others‚ as their main targets.

Chiefs have several other players on their radar and SuperSport United striker Bradley Grobler‚ Leletu Skelem of Stellenbosch‚ the Swallows duo of Kgaogelo Sekgota and the highly-rated defender Njabulo Ngcobo are also being pursued.

Ngcobo has impressed with solid performances in the heart of the Swallows defence this season, and Hunt sees him as the perfect player to shore up a leaky defence that has conceded 20 league goals after 17 matches.

Swallows FC’s dream start to 2020-21 knows no bounds, on Saturday in oppressive heat at Lucas Moripe Stadium even rescuing a dramatic last-gasp 1-1 ...
Sport
1 year ago

“I think we all know Hlanti and Nange are almost done deals and are set to join Chiefs next season. But they are working hard behind the scenes on other targets‚” said the insider.

“Nange‚ Hlanti‚ Sekgota and Grobler have worked with coach Gavin in the past and he knows them very well. Skelem and Ngcobo have been stand-out performers this season and Hunt rates them very highly. The challenge with Ngcobo is that Swallows will try to hold onto him but the player may be tempted by the opportunity of playing for a bigger team.”

Cape Town City midfielder Thabo Nodada is another player who has been heavily linked to Chiefs in the past few months, but the club could have difficulty prying him away from the Citizens without paying a steep fee as he recently renewed his contract until June 2024.

Chiefs spokesperson Vina Maphosa said a lot of work is being done behind the scenes and the club’s plans will be revealed at the end of the season.

“The chairman (Kaizer Motaung) prefers to outline plans when the season has ended. I can confirm there is work happening in the background and this is part of a normal process  because we always start preps for the next season in advance. What is in circulation is speculation‚” said Maphosa.

The Cape Town City captain is not just dynamite in a small package. He is actually a ball of fire.
Sport
11 months ago

Chiefs have cast their net wide with their scouts eyeing players in the GladAfrica Championship.

Chiefs will be able to recruit in July this year after they were banned by Fifa from signing players for two transfer windows for the illegal signing of the Madagascan midfielder Andriamirado “Dax” Andrianarimanana in 2018.

Amakhosi have struggled under Hunt this season as they are 10th on the log with 19 points from 17 matches. They are currently on an eight-match winless run in all competitions.

Beleaguered Kaizer Chiefs coach Gavin Hunt attempted to look for some comforting prospects as he tried to come to terms with the club's embarrassing ...
Sport
10 months ago

Itumeleng Khune and Gavin Hunt faced the wrath of Twitter after Amakhosi lost yet another game.
Sport
10 months ago

Gavin Hunt will be glad to see the back of February after the ailing club finished the month without winning a single match in all competitions on ...
Sport
10 months ago