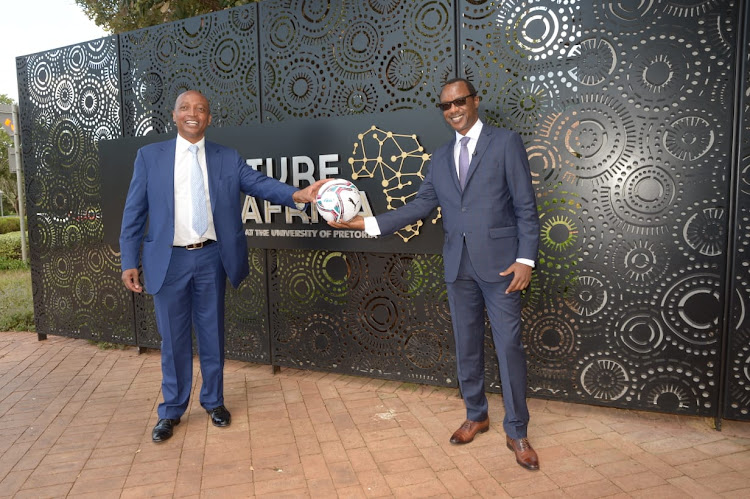 The whole world expects Patrice Motsepe to be named Confederation of Football (Caf) president unopposed on Friday but the Mamelodi Sundowns owner is treading with caution as he negotiates the often tricky waters of the continental game.

The billionaire businessman Motsepe evaded questions about his expected ascent to the top of the continental football food chain like a skilled striker when he was asked about the elephant in the room at an event to announce a partnership between Sundowns and University of Pretoria (UP) on Monday. The partnership is to enhance football using science‚ technology and research.

While he attempted to evade the questions fired by the media‚ overwhelming evidence suggests that he will be elevated to the Caf presidency after Fifa boss Gianni Infantino brokered a deal for Augustin Senghor‚ Ahmed Yahya and Jacques Anouma to withdraw from the race.

According to the deal that was brokered by Infantino at the weekend‚ Senghor and Yahya will be vice-presidents and Anouma will be given the role of special advisor and consultant to Motsepe.

“I was always taught that don’t count your chickens before they hatch‚” said Motsepe.

“At the right time we will come and talk to the media because I have a duty to the media and the people of this country who love football. We had a press conference recently with all the people from the continent where Dr Irvin Khoza and Dr Danny Jordaan made some excellent remarks.

“There are some legitimate issues where I have a duty to engage‚ so we will have to time to sit down and really deal with all of these issues. So‚ we will have a press conference at the right time.”

Motsepe said Sundowns’ partnered with UP because the club is always looking for technical and scientific ways to improve their performances‚ and to be a globally competitive.

“Although the club has achieved some great feats in the recent past‚ including winning the 2016 Caf Champions League‚ the African continent’s highest honour‚ the 2017 Caf Super Cup‚ as well as in 2020 winning a record-breaking tenth Premier Soccer League title‚ there is still vast room for improvement in the club’s performances and methods.”

UP Vice-Chancellor and Principal Professor Tawana Kupe explained that in the world of high-performance sport‚ building strategic relationships and partnerships is crucial.

“UP has a rich heritage of academic excellence‚ but this also holds true for the sporting performances and development of young up-and-coming talent across all our 30+ sporting codes. Therefore‚ the relationship fit between Mamelodi Sundowns and UP was an easy one.

“Our broader sporting objectives are similar‚ which include the development of young sporting talent‚ providing the platform for individuals to become great student-athletes‚ providing hope for athlete’s post-sport‚ and showcasing sporting excellence both locally and continentally."