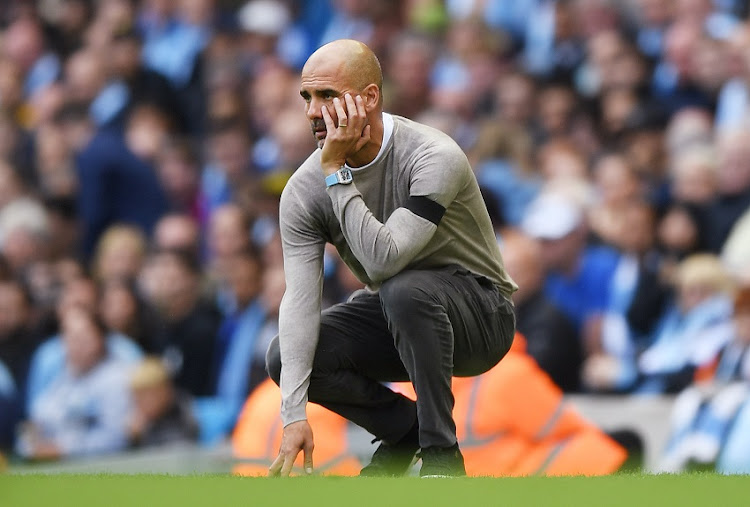 Manchester City manager Pep Guardiola has dismissed talk of winning a 'quadruple' this season as unrealistic ahead of Tuesday's Uefa Champions League last-16 second-leg against Borussia Moenchengladbach in Budapest.

No English club has ever won both domestic cup competitions, the league and European Cup in the same season but City remain in the mix for all of them.

Guardiola's side lead the Premier League table by 14 points and travel to Everton on Saturday in the FA Cup quarter-finals.

They are also due to face Tottenham Hotspur in the League Cup final next month.

City are a step closer to the Champions League quarter-finals after their 2-0 win over Gladbach in the first leg last month, which was also hosted at the Puskas Arena in Budapest due to Covid-19 travel restrictions in Europe.

"Four titles has never happened before and I don't think it will happen this season with the situation," said Guardiola, whose side became the first English men's team to win a domestic treble in the 2018-19 season.

Manchester United are the only English men's team to win a treble of Champions League, Premier League and FA Cup, which they achieved in the 1998-1999 campaign.

"The only thing to think about is this game and then Everton. I don't know what will happen at the end of the season, but normally it does not happen.

"Right now (this City team) is worse than the previous ones because the other ones won a lot and this team hasn't won anything.

"We are validated for the trophies we can win. The previous teams won. This team has to prove it."

City have not conceded a goal in 616 minutes of Champions League football, keeping six consecutive clean sheets, but Guardiola warned his players against complacency versus a "top quality" Gladbach side.

"(Clean sheets) are so important in all competitions," he said.

"What we've done in the past is good but it doesn't mean it will happen tomorrow. Every game is different, let's try to minimise the mistakes.

"I have incredible respect for Gladbach. They have weapons and they know how to use them. I want to see City try to win the game."

There was an Indian chap who never used to sit down when his club was in action, writes Bareng Batho-Kortjaas.
Sport
1 year ago

Chippa United's quest for redemption will continue when the Eastern Cape side travels to the nation's capital to face Pretoria Callies in the ...
Sport
1 year ago

Mamelodi Sundowns coach Manqoba Mngqithi says he would never allow his emotions to get the better of him should the knockout stages of the African ...
Sport
1 year ago

Minister of sport Nathi Mthethwa has joined football followers in SA and on the continent to have congratulated in congratulating Patrice Motsepe on ...
Sport
1 year ago