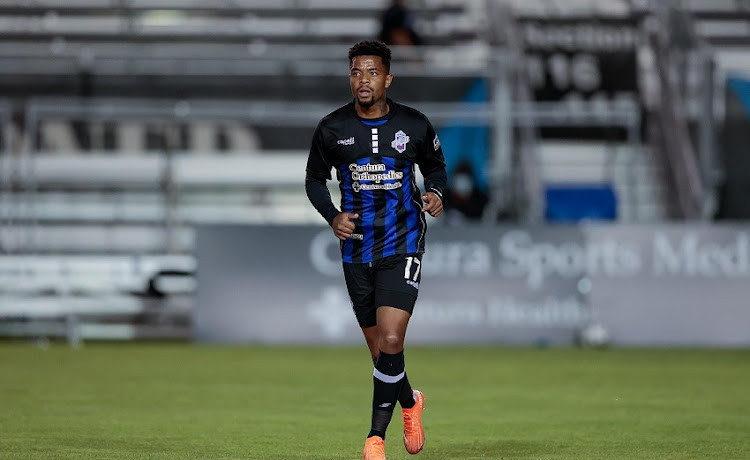 Former Kaizer Chiefs midfielder George Lebese has confirmed that he has had to cancel his contract with the Colorado Springs Switchbacks.
Image: TWITTER/GEORGE LEBESE

Former Kaizer Chiefs and Mamelodi Sundowns midfielder George Lebese has announced that a US travel ban has forced him to terminate his contract with his club the Colorado Springs Switchbacks.

US President Joe Biden has imposed a ban on most non-US citizens entering America who have recently been in SA in a bid to contain the spread of a new variant of Covid-19.

Lebese, 32‚ posting on Twitter‚ expressed his frustration at the situation‚ which he said had forced him to cancel his contract with the Switchbacks‚ who compete in the second-tier USL Championship.

“It is with a heavy heart that I have to terminate my contract with Switchbacks‚” Lebese tweeted on Saturday.

“This pandemic has consumed and taken away from many people and now I am a living force of that. Due to the decision the president of the US made on January 26 to close borders for SA with NO EXCEPTION!!! (sic) I am not able to travel to fulfil my contract with my team and after patiently waiting to see if it opens‚ two months are passing ... and the club proposed a termination to minimise risk from both ends.

“I thank Switchbacks for the opportunity to be part of the team. This was honestly not an easy but heartfelt decision.

“As of with immediate effect I am a free agent and looking forward to what is next for my career.”

US-based midfielder George Lebese came out to defend former Kaizer Chiefs team-mate George Maluleka on Wednesday after it was revealed that the ...
Sport
2 years ago

Lebese‚ who also had a loan spell from Sundowns to SuperSport United‚ joined the Switchbacks in December 2019 after parting ways with the Brazilians.

He had a difficult time at Sundowns‚ struggling for game time there after joining the Brazilians from Chiefs in August 2017.

The skilful Bafana Bafana international winger had been at Chiefs for almost a decade‚ and been a key part of their successful side that won two doubles in three years under Stuart Baxter‚ in the 2012-13 and 2014-15 seasons.

Kaizer Chiefs coach Gavin Hunt does not believe that the club having many players whose contracts end in June has played a role in his team’s ...
Sport
1 year ago