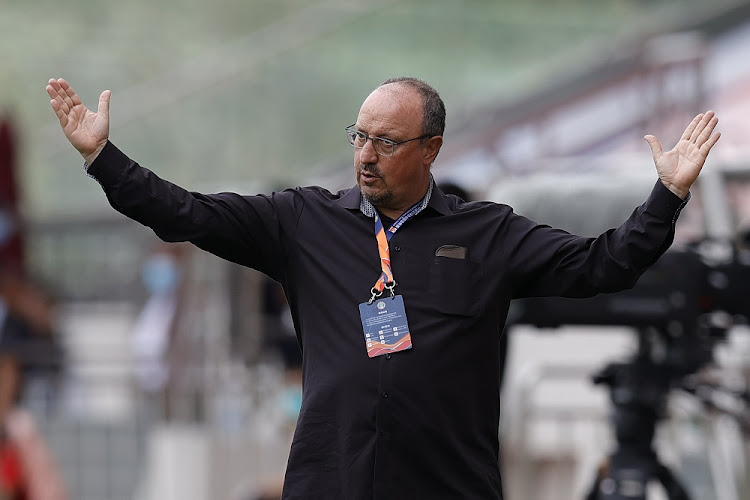 FRUSTRATED Rafael Benitez says he is ready to take up a project with a Premier League team "tomorrow".
Image: Fred Lee/Getty Images

Former Liverpool and Newcastle United manager Rafa Benitez is eyeing a return to the Premier League and said he would make a decision on his future based on the kind of project presented to him by the clubs in England's top-flight.

He twice reached the final of the Uefa Champions League and won Europe's elite club competition in unforgettable style in 2005.

He coached Newcastle for four years between 2016-2019 before moving to China to take charge of Dalian Pro, which he left in January.

Reports in the British media have linked the former Real Madrid boss with the Celtic hotseat, but Benitez said his focus was on the Premier League.

"The priority is England because I like the Premier League and my family is here," Benitez told British media.

"But I want to compete. Or have a project which will allow you to go closer and then compete."

"If not I would like to stay in Europe, Spain is difficult, Italy, Germany is not easy.

"I can speak French, so France. In Spain clubs don't have money to compete against Real Madrid and Barcelona. So priority would be England and then Europe.

"If it's the right one (job) in England, we can do it tomorrow.

"The project, the competitive team, is not there at the moment so we wait. I would like to wait to find the right one. But I don't want to stay without working."

Newcastle have struggled under Benitez's replacement, Steve Bruce, with the club 17th in the Premier League and in contention to be relegated.

Benitez said it pained him to watch Newcastle's struggles this season but backed the club to avoid the drop.

"I wish them all the best and want them to stay up," he said.

Manchester United will meet Spanish side Granada in the quarter-finals of the Europa League, with Arsenal up against the side who knocked Scottish ...
Sport
10 months ago

Orlando Pirates coach Josef Zinnbauer has avoided bragging about the potential of becoming the first Bucs coach in the Premier Soccer League era to ...
Sport
10 months ago

“If you are a player for AmaZulu FC, you have to impress coach,” says club president Sandile Zungu when asked about Siphiwe Tshabalala.
Sport
10 months ago

Former US first lady Michelle Obama will be inducted into the National Women's Hall of Fame along with eight other women including former PepsiCo CEO ...
News
10 months ago