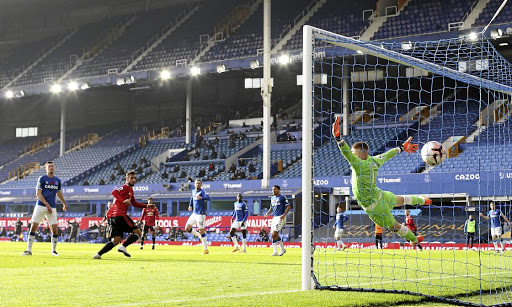 Bruno Fernandes has scored 23 goals and 13 assists in 45 games in all competitions since joining Manchester United.
Image: Reuters

Kelechi Iheanacho scored twice and Youri Tielemans added another as Brendan Rodgers' side beat United to set up a semi-final clash with Southampton.

Fernandes, who has been a stand-out performer for United with 23 goals and 13 assists in 45 games in all competitions, replaced Donny van der Beek in the 64th minute.

Explaining the decision to leave Fernandes out of the starting 11, Solskjaer said the 26-year-old had played a lot of football this season.

"He's also a human being, he's played a game every three or four days really," he added.

"I know Bruno wants to play but sometimes you make decisions for the benefit of both the team and him."

Manchester United will meet Spanish side Granada in the quarter-finals of the Europa League, with Arsenal up against the side who knocked Scottish ...
Sport
10 months ago

“If you are a player for AmaZulu FC, you have to impress coach,” says club president Sandile Zungu when asked about Siphiwe Tshabalala.
Sport
10 months ago

Former Liverpool and Newcastle United manager Rafa Benitez is eyeing a return to the Premier League and said he would make a decision on his future ...
Sport
10 months ago

Orlando Pirates coach Josef Zinnbauer has avoided bragging about the potential of becoming the first Bucs coach in the Premier Soccer League era to ...
Sport
10 months ago