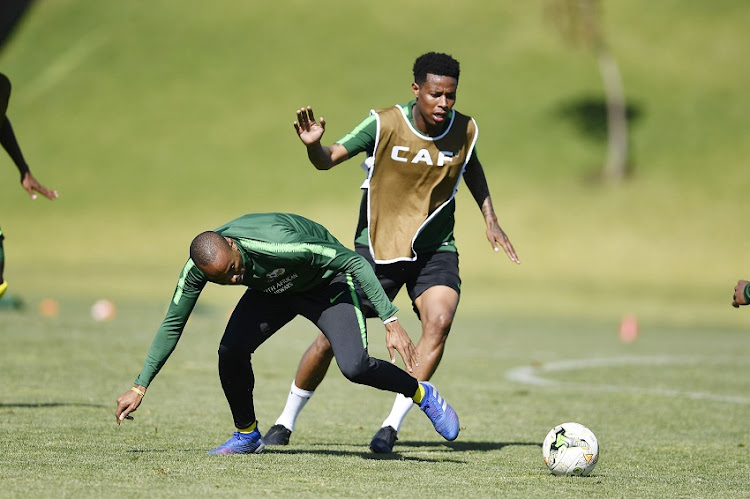 Negotiations with Rangers have seen the services of the key midfielder secured for Bafana’s second big Cameroon 2021 qualifier‚ even though Zungu was unable to travel to South Africa for Thursday’s match against Ghana at FNB Stadium.

Ngwenya said negotiations remain under way with French authorities to try to secure Montpellier winger Keagan Dolly for the game in Khartoum too‚ and an outcome is expected on Tuesday.

Bongani Zungu has shown his support for teammate Glen Kamara who has said he was racially abused in an incident at the end of Rangers’ 2-0 defeat to ...
Sport
1 year ago

This follows a Fifa circular regarding Covid-19‚ stating that clubs are not expected to release players if there is a “mandatory period of quarantine or self-isolation of at least five days upon arrival”. The directive has led to squads across the continent being decimated for the final two rounds of the Nations Cup qualifiers.

“Zungu is confirmed. He’ll be joining us in Sudan. With Dolly we’re still hoping and there are still negotiations happening‚” Ngwenya told TimesLIVE on Tuesday.

“But then Thulani [Serero] and Dean [Furman] it’s confirmed — they are not coming.”

Bafana coach Molefi Ntseki had managed to salvage five of his nine overseas-based players named in his initial squad for the match against Ghana‚ including‚ crucially‚ Brighton forward Percy Tau. The others were Portugal-based Thibang Phete‚ Lyle Foster and Luther Singh‚ and Israel-based Siyanda Xulu.

Ngwenya said at Bafana’s arrival press conference on Monday that negotiations had continued for Zungu and Dolly to still join the SA squad for their final qualifier in Sudan. The doctor said the talks on Zungu was at a more advanced stage‚ and he expected a response by “close of business” Monday.

Ngwenya told TimesLIVE on Tuesday that Rangers had initially agreed to Zungu travelling to Sudan because that country is not a Covid-19 hotspot. However‚ then it was not possible to arrange flights for the player — Bafana’s star performer at the 2019 Nations Cup in Egypt — via a connection that was not a hotspot.

In the end Rangers‚ and Zungu‚ had to agree to the player — like Tau with English Premier League side Brighton — having to quarantine for 10 to 14 days on his return to Scotland. “So we then agreed‚ and Zungu said‚ ‘No’‚ he’s willing to quarantine‚” Ngwenya said.

In Dolly’s case‚ the Bafana team management are negotiating with French authorities to lessen the quarantine time on his return to Montpellier to less than 14 days.

“Today [Tuesday] is the final day of negotiation‚” Ngwenya said.

Bafana Bafana coach Molefi Ntseki has Stars in his eyes

The last time Bafana Bafana beat Ghana in a competitive match was on February 6 2000 in an Africa Cup of Nations (Afcon) quarterfinal in the heat of ...
Sport
1 year ago

Bafana‚ in second place on goal difference in Group C‚ level on nine points with Ghana‚ can take a significant step towards the 2021 Nations Cup — rescheduled to January and February 2022 due to Covid-19 — if they beat the Black Stars at FNB on Thursday (kickoff 6pm).

If they do not‚ then they will need a result in Sudan (six points)‚ who are away to Sao Tome and Principe on Wednesday‚ to qualify.