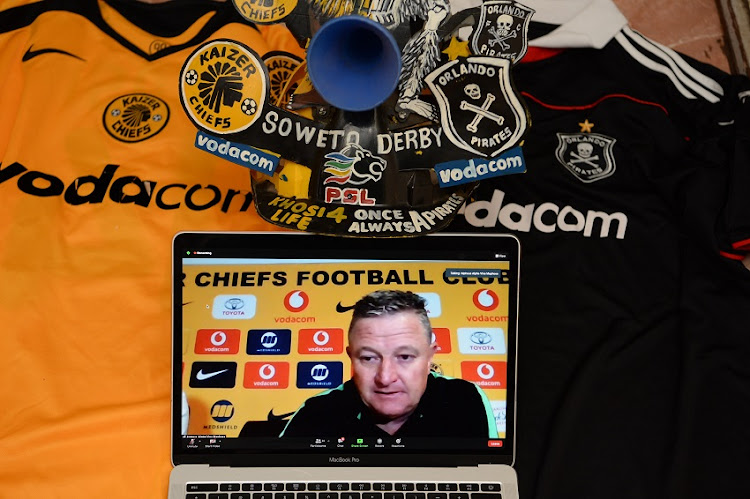 Kaizer Chiefs coach Gavin Hunt has dismissed speculation that Khama Billiat is not in the club’s plans after the 2020-21 season.

In fact‚ Hunt identified getting Billiat fit after the broken leg he suffered in Chiefs’ 2-0 home defeat to Maritzburg United on January 9 as one of the coach’s key objectives of the current Fifa international date.

After ending a run of six DStv Premiership matches without a win with Sunday’s 1-0 Soweto derby victory against Orlando Pirates at FNB Stadium‚ Amakhosi next play again on Saturday‚ April 3 in the Caf Champions League at home to Wydad Casablanca.

Hunt said‚ even though the break comes just as his team finally managed to win in the league again‚ he will not mind the disruption as Chiefs desperately need a break‚ their fatigue being more mental than physical.

He said getting Billiat and fellow striker Leonardo Castro to match fitness is another priority of the break.

Former Kaizer Chiefs and Mamelodi Sundowns midfielder George Lebese has announced that a US travel ban has forced him to terminate his contract with ...
Sport
1 year ago

“Well‚ we need Khama Billiat back. As you saw [against Pirates]‚ I couldn’t make a change‚ because nobody on the bench to make a change‚” Hunt said‚ asked about his objectives in the Fifa date.

“So it was unfortunate‚ but anyway‚ that’s how things worked out.

“So we’ve got to get Khama and Castro fit again‚ so they can add a bit and get the numbers up. That’s the biggest thing we can do [in the break].”

Hunt was asked about speculation — given Billiat’s contract ends in June‚ and after yet another underwhelming season at Naturena for the ex-Mamelodi Sundowns star — that the Zimbabwean attacker is not in Chiefs’ plans for next season.

“He’s all in the plans‚ it’s only people like yourself [the questioner‚ and the media] who say he’s not in the plans — so I don’t know where the story comes from‚” the coach said.

“But ja‚ he’s in the plans‚ we need to get him fit. He had a broken leg‚ he’s jogging now‚ running. So hopefully in the next two weeks we can get him some game time — 20 minutes here [and there] and some friendlies or something.”

Chiefs moved from 11th to ninth place from the win against Pirates.

Kaizer Chiefs coach Gavin Hunt does not believe that the club having many players whose contracts end in June has played a role in his team’s ...
Sport
1 year ago

Roderick Kabwe denied Mamelodi Sundowns a fifth consecutive Premiership win after he scored an exquisite late equaliser to earn a precious point for ...
Sport
1 year ago