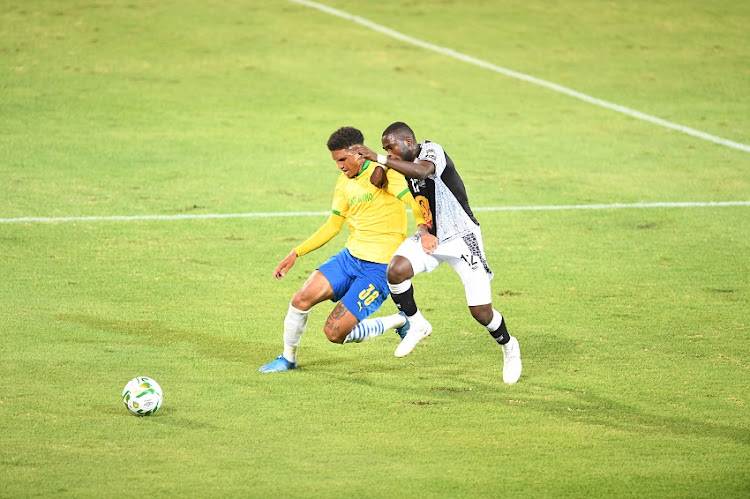 Mamelodi Sundowns’ new defender Rushine De Reuck wants to establish himself as a key member of the Brazilians’ defence as they look to defend their league title and push to win the Caf Champions League for the second time.

Since he moved to Chloorkop from Maritzburg United in January‚ the Bafana Bafana defender has featured in two league matches‚ one in the Nedbank Cup and three in the Champions League.

“I am very happy with my contribution so far‚” said the 25-year old who has partnered with Mosa Lebusa and Ricardo Nascimento.

“I must thank the coaches‚ technical team and everyone for showing faith in me. It’s not easy to come to the club like Sundowns with a great squad and quality players and play.

“I am happy to be part of it and I want to keep contributing to the team’s success and win games. I will give 100% on the field and be selfless.”

Sundowns star Hlompho Kekana breaks his silence: ‘That would be childish and petty’

Mamelodi Sundowns captain Hlompho Kekana has vowed to continue fighting for his place at the club he loves and hopes his lack of game is not a ploy ...
Sport
1 year ago

De Reuck said one of the reasons he joined Sundowns was to play in the Caf Champions League. He made his debut in the 5-1 victory over CR Belouizdad of Algeria and that was followed by successive wins over TP Mazembe.

“TP Mazembe is a big club. They have done very well in the Champions League. To start a game‚ keep a clean sheet and win against them was quite special.

“Continental football is very different. You can see it takes a split second to change a game at that level.

“It was nice for me to test myself against some of the best on the continent. It shows t I am going in the right direction and with the help of the guys around me at the club, I will keep  improving.

“I must just keep pushing hard at training and give back to the team by playing well.”

De Reuck won his first man-of-the-match award in the win over Stellenbosch which was his first league game for the Brazilians.

How Bafana Bafana could line-up against Ghana tonight

Bafana Bafana coach Molefi Ntseki has managed to salvage a relatively strong squad amid the chaos wreaked on teams by European clubs not releasing ...
Sport
1 year ago

“Winning that award in Cape Town against Stellenbosch was great for me. It was a difficult game. We showed we can be very competitive. We showed character and dug deep to get that win‚” he said.

“It’s nice to be recognised for your performance and you grow as a player. As much as I got the award at the end it was all about the team and getting three points.”

Sundowns return from the current Fifa international date with their next Champions League Group B game next Friday away against Al-Hilal of Sudan.

Manqoba Mngqithi believes that Mamelodi Sundowns have assembled a slightly better squad than the Caf Champions League-winning group which featured ...
Sport
1 year ago