Hunt said Billiat, who was back in full training this week as he returns from a broken leg that has kept the Zimbabwean out since January, and Colombian striker Leonardo Castro are both back to fitness. The coach added he does not envisage either being on for a full 90 minutes, and they are expected to be available from the bench.

“Billiat’s training again so he’ll certainly come into the reckoning, and Castro’s also fit again,” Hunt said in his pre-match press conference for the game against the team who beat Chiefs 4-0 in neutral Burkina Faso in February.

“So it’ll give us certainly a bit more. In the derby [Chiefs’ 1-0 win against Orlando Pirates ahead of the Fifa international date] we had a bit more on the bench, so it was difficult for us.

“But they are back now and it’ll make a big difference in the team. They'll give us a little bit more. 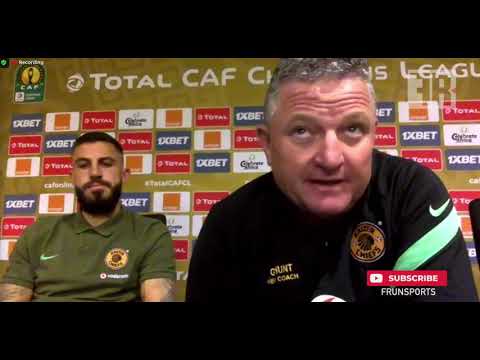 “Are they fit enough to play 90 minutes? I don’t think so. But at least we’ve got them available again.”

Chiefs, in third place on goal difference from Guinea’s Horoya (both five points), can place themselves in a strong position to reach the quarterfinals if they beat Moroccan giants and top-placed 2017 competition winners Wydad (10 points).

Hunt had said his team welcomed the Fifa break as they desperately needed refreshment after their Soweto derby win on March 21 that took Amakhosi to a run of four Champions League and DStv Premeirship games without a defeat (two wins and two draws). This was a stabilisation from a torrid period of eight games without a victory.

“We had a couple of days off last week so we came back in feeling good. The preparations have been good,” centreback Daniel Cardoso said.

“We’ve been doing well in Caf. In the league I can’t say the same. But we’re heading into this week in Caf and hopefully we can get that win.

“If we get a win there is a good chance for us to progress into the knockout round.”