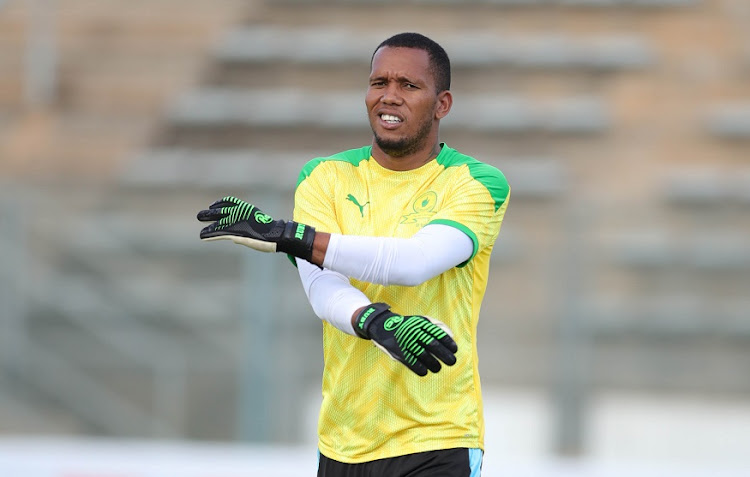 Mamelodi Sundowns preserved their unbeaten record in Group B of the 2020-21 Caf Champions League, but dropped their first points, drawing 0-0 against Sudan’s Al-Hilal at Al-Hilal Stadium in Omdurman on Friday.

Sundowns had already qualified and confirmed first place with rampant form taking them to four wins from four, including their 2-0 victory against Hilal in the first round in Pretoria.

Next challengers Hilal had three points (which went to four with the draw on Friday), Algeria’s CR Belouizdad also three, and Democratic Republic of the Congo’s TP Mazembe just two.

So Sundowns had nothing material to play for in Omdurman, other than preserving an unbeaten record.

Perhaps, also, a win at the same venue where Bafana Bafana lost to Sudan on Sunday to fail to qualify for the 2021 Africa Cup of Nations might also have provided revenge as an outside source of motivation for Downs.

Ultimately, fielding a largely understrength combination, they were a touch fortunate to earn their point, as Hilal had plenty of chances and struck the woodwork in the opening hour. Downs closed the game out for the last 30 minutes.

A match played in close to 40 degrees Centigrade late afternoon heat, in front of some 1,000 socially-distanced Hilal supporters, was stopped in the first half for a water break.

Sundowns rode their luck to go to the break without conceding. Hilal grew in strength in territory and chances as the half progressed, as goalkeeper Ricardo Goss and the post stood in their way of scoring.

For Sundowns, from a long throw, Rushine de Reuck’s header cleared from in front of the line in the 26th minute was a chance against the run of play.

Hilal’s two best opportunities came after that, in the 10 minutes before the break.

First the home team probed into the area, Hlompho Kekana stabbing at an intercept, the rebound going only as far as big midfielder Abuaagla Abdalla just outside the box, who rolled a strike onto the right upright.

Five minutes before the break Abdalla’s central midfield partner Nasr el Shigail played striker Mohamed Yousif down the left whose low shot across the face slipped past the post by centimetres.

The second half began in similar fashion, Goss pulling off two saves soon after the restart.

Downs — who appeared content for a draw at least, and a smash and grab of the three points if an appropriate opportunity presented itself — did tighten up markedly in the second 45 minutes.

Hilal, unfortunate not to score in the opening hour, were stifled in the last half-hour.

Mamelodi Sundowns are determined to do better than Bafana Bafana in Sudan and beat home side Al Hilal in Omdurman in a penultimate Caf Champions ...
Sport
1 year ago

Mamelodi Sundowns’ new defender Rushine De Reuck wants to establish himself as a key member of the Brazilians’ defence as they look to defend their ...
Sport
1 year ago