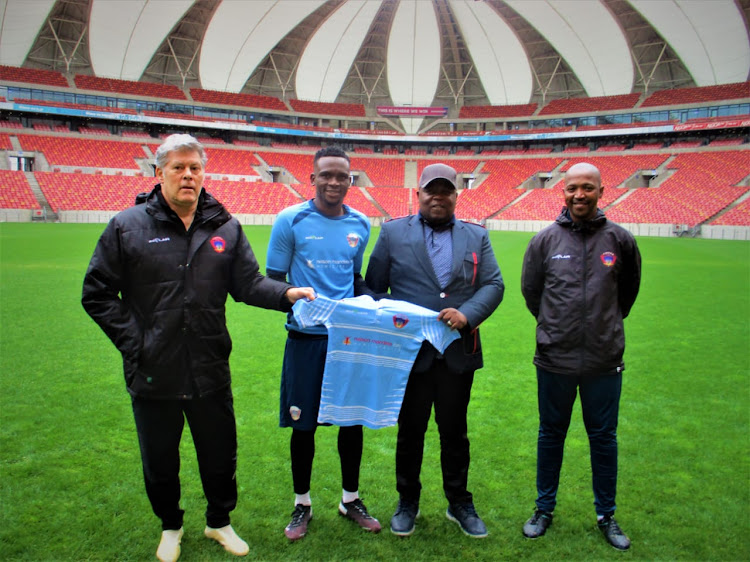 Chippa United have boosted their squad with the acquisition of former Mamelodi Sundowns and Free State Stars attacking midfielder Luyolo Nomandela on a two-year contract.

Nomandela has already started training with the team at their base in Gqeberha and will be available for selection in their next league match against Sundowns at the Sisa Dukashe Stadium in East London on Monday next week.

“We are pleased to have beefed up our squad with another player of talent and experience.

"Luyolo will also play an integral role in our squad for the remainder of the 2020/21 campaign‚” said newly appointed coach Siyabulela Gwambi.

Nomandela has been playing for BCM Stars‚ which is a Buffalo City metropolitan municipality project team for Chippa United that campaigns in the ABC Motsepe League.

The club also reported the timely return to training of key players in the form of Greg Damons‚ Thami Sangweni and Nyiko Mobbie‚ who missed recent matches due to an assortment of injuries.

Burundian International defender Frederic Nsambiyumva has also returned to training after he was involved with his national team during the 2021 Africa Cup of Nations qualifiers.

Siphelele Ntshangase’s agent‚ Jazzman Mahlakgane‚ says there is interest from clubs in signing the talented playmaker, who was released by Kaizer ...
Sport
1 week ago

Kaizer Chiefs coach Gavin Hunt was reluctant to comment on Wydad Casablanca’s poor amateur theatrics and gamesmanship both away and on Saturday ...
Sport
1 week ago

Lamontville Golden Arrows coach Mandla Ncikazi has committed himself to improving the team’s retention of the ball and creating chances after his ...
Sport
1 week ago
Next Article