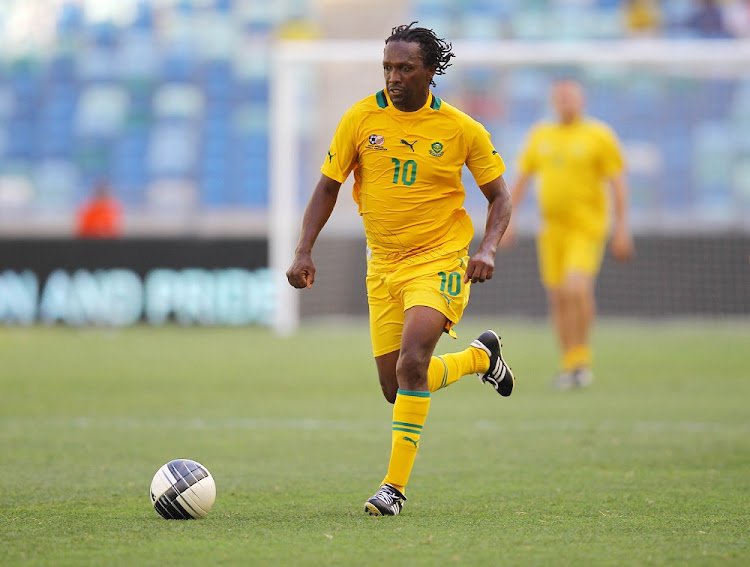 April 21 marked six years since the death of soccer legend John “Shoes” Moshoeu who died at the age of 49.

Soccer fans remembered the fallen Bafana Bafana midfielder and how he was a true inspiration to many around the country.

Moshoeu died after a long battle with cancer.

Dubbed the “dribbling wizard”, he started his career back in 1987 with Giant Blackpool and went on to become a stalwart of South African football.

In the early 1990s, Moshoeu joined Kaizer Chiefs before making his big overseas move to Turkey, where he spent 10 years playing for the likes of Fenerbahce and won the league title with them. He was also part of the 1996 SA team which won the African Cup of Nations.

Moshoeu scored eight times and was capped 73 times for the national team.

Shoes retired from the game at the age of 37 in 2008 after his return to Amakhosi. However, he continued playing for AmaZulu until the age of 42.

Six years after his death, fans remembered the legend as the “country's greatest player of all time”.

“He was a tremendous player, similar to Lionel Messi. He'd drop his shoulder and the whole defence would go the wrong way,” said Tovey.

Here is a snapshot of what people had to say about Shoes.

It was the titanic battles between the two No.10's with Zinedine Zidane...sparkling performances in the Kaizer Chiefs jersey....the brilliance in a Bafana jersey..& scoring for his team @AmaZuluFootball vs his fmr club Kaizer Chiefs at age 41, 11 months & 17 days! #RIPShoes pic.twitter.com/Mln2g5Wcpv

I can watch this on repeat forever,loved John Moshoeu. He was so good..

An absolute professional he was. Very disciplined. Respected the game and never allowed fame and stardom to become bigger than his respect for the game #RIPShoes https://t.co/q0LrSCsYZt

Actually played until 49 at Alexandra united(team he co-owned with Brian Baloyi.)

Bafana Bafana abandoning their bus due to traffic‚ Thabo Mbeki’s visit to the change room and Sizwe Motaung’s nerves so overwhelming him he had to ...
Sport
3 months ago

Khumalo on what went wrong after 1996: Barker shouldn't have been discarded

Wednesday marks 25 years since Bafana Bafana won the 1996 Africa Cup of Nations on home soil in one of the greatest moments in South African sport.
Sport
3 months ago
Next Article