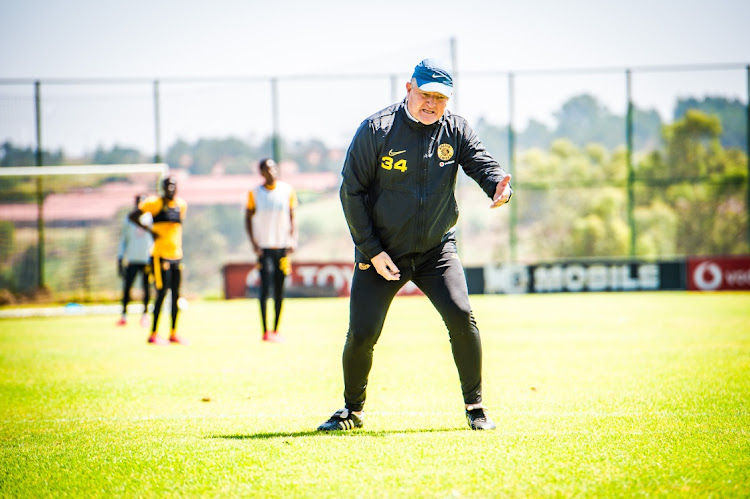 Gavin Hunt wishes his team would beat the minnows and not only the big guns.
Image: Kaizer Chiefs FC

Kaizer Chiefs coach Gavin Hunt has admitted that he is puzzled by his charges' tendency to raise their game against more illustrious rivals and then suddenly struggle against so-called smaller sides in the league.

Some fans feared the worst ahead of Chiefs' league match against Mamelodi Sundowns on Sunday‚ but Amakhosi defied pre-match predictions to beat the leaders 2-1 in their own backyard in Pretoria.

And to put the cherry on the icing for the Chiefs fans‚ the Naturena side earned the win the hard way as they had to claw their way back from a goal down to end Sundowns' 22-match unbeaten record in the league this season.

Hunt conceded he couldn't wrap his head around the five-star performance that was delivered by his charges in the nation's capital as the same players contrived to lose 1-2 to Cape Town City at home just days earlier.

“I have won it before [the league title‚ three times with SuperSport United and once with now defunct Wits]‚ everybody is worried about those games.

“We [former clubs United and Wits] used to always beat the teams at the bottom of the league [standings] and then when we played against the bigger teams‚ we did whatever we liked. So‚ it is something that can only change with personnel and other things.”

Hunt admitted on the eve of the blockbuster encounter against Sundowns that he was frustrated after watching his charges plunge to the depths of ignominy in previous outings against so-called lesser lights only to be stunned when the same players produced victories in bigger games few expected them to win.

Chiefs beat Soweto rivals Pirates 1-0 on March 21 before drawing 2-2 against Stellenbosch FC‚ 1-1 against Baroka FC and then finally going down to City.

Amakhosi are also in the last eight of the Caf Champions League‚ with a 1-0 home win over Wydad Casablanca at the beginning of April crucial in fending off Guinean club Horoya AC‚ who they beat head-to-head to qualify alongside the Moroccan giants in Group C for the quarterfinals.

Kaizer Chiefs ended Mamelodi Sundowns' unbeaten record in the league when they beat the Premiership leaders 2-1 at Loftus stadium on Sunday afternoon.
Sport
1 year ago